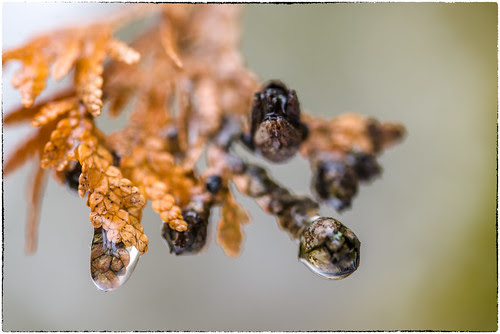 Reflections in the Water, a photo by Mawz on Flickr.

For all the concentration on high ISO performance on digital, with camera's reaching as far as ISO ~200,000, there's an equally useful ISO range being completely ignored. This range is the other end, the range between ISO 6 and ISO 100. Once upon a time ISO 25-50 in particular was where landscape photographers lived, shooting Velvia pulled to ISO 40, or Tech Pan at ISO 25 or any of a dozen other films in this range. Today we shoot at ISO 100 if we're lucky, ISO 200 if we're not and then have to dig out filters if we need to get the shutter speed down to blur water or let us get a lens wide open for some planar separation.

So come on camera makers. Do something different for a change and give me a camera designed for the ultimate low ISO performance, at an actual low ISO. 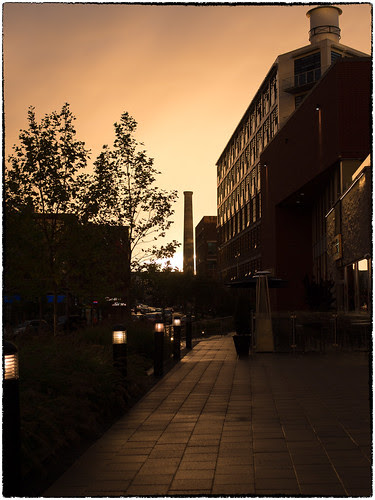 That FX Look and Some Thoughts on Social Networking 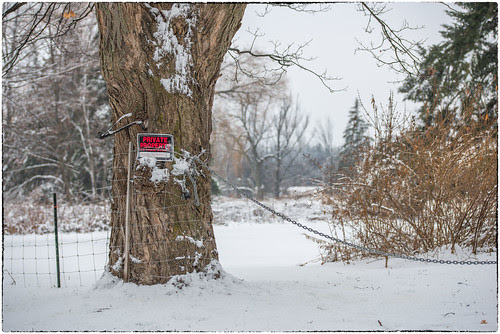 This shot is a great example of the FX look that many are looking for. This is at f4, but you still have some real DoF separation, and it would be difficult to achieve on APS-C as you'd need a ~70mm f2 lens stopped down to about f2.5 to achieve this look. Ironically it would be easier to get this look with m43 as 50/1.4's are commonly adapted (however most aren't nearly as good at f2 as the Sigma 105 is at f4). But this sort of mid-aperture subject separation is a constant struggle to achieve with smaller sensors and can really deliver when you are shooting subjects with planar separation like this one.

This is also a good example of what I don't like with FX, I'd have had to stop down a fair bit more to get the deeper DoF I generally go for, if it wasn't for how planar the subject was I'd have been struggling down at f8-11 to get the shot.

On to social media. I hate Facebook, just like everybody else. I'm regularly tempted to just walk away, but it provides too easy a capability to interact with people who I don't see face to face on a regular basis (and to plan events with those I do). I also do Flickr, which once was a great photographic community but now is mostly a mediocre hosting site with wide-spread support. And I do several subject-specific forums, notably Fred Miranda for photography and a couple forums for model aircraft. Frankly, I'm pretty unsatisfied with the entire setup, I'd like more integration, especially between the community I am involved with on Fred Miranda and the photo hosting on Flickr.

That leaves a few options:

500px - Great photography, almost non-existent community outside the semi-payed blogging/commenting interface. They've essentially fixed what used to be wrong with flickr (masses of lousy photos drowning everything else), but not the result (the interesting flickr users abandoning the community aspects). It's also even more photography specific than Flickr, and lacks the hosting capabilities of Flickr, so it's of interest to me, but never will be a primary area of action.

G+ - I'm still not sure what G+ is supposed to be. There's a strong community of photographers involved, but overall the interactions are stunted. And there's the Google Walled Garden aspect, as Google promotes interaction within their ecosystem it's easy to get content pushed out of G+ but difficult to push it in from non-Google sources (like say Flickr). This makes transitioning to G+ difficult for non-Facebook uses (and for FB, all you really have is the ability to push posts from G+ to FB). From what I've read it should also be a great replacement for subject-specific fora, but it fails there due to the lack of uptake outside of techie circles (very few of the typically middle-aged to elderly men who build model airplanes even realize G+ exists, so I can hardly replace the 4 fora I'm active on for that interest with G+). Oh and Hangouts? Supposedly the killer feature for G+, but I still can't see any attraction to them. But I never liked Chat in any form, especially not group chats, and Video chat is even less interesting. Of course I am a bit of an introvert which might explain that. Chat is hard, and not something I do for fun, rather something I do when I'm already somewhere with some people.