A Lock and Some Thoughts 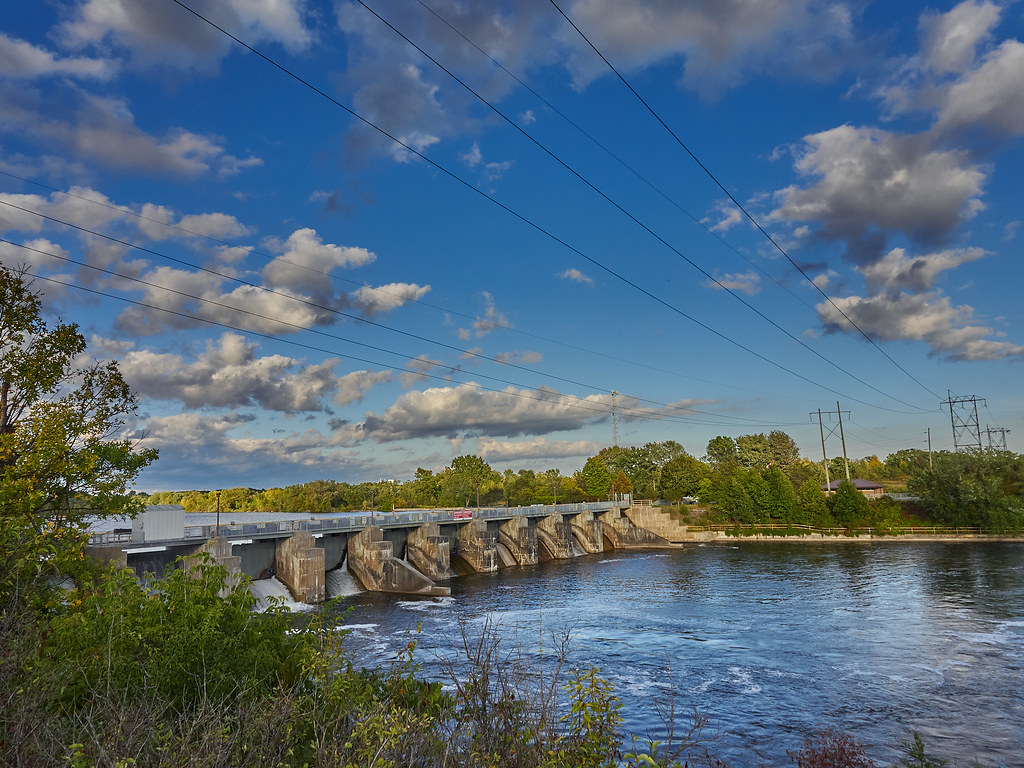 Lock 2 on the Trent-Severn Canal, north of Trenton, ON

2 months into m43 and I'll admit I'm having a little system angst. I'm still loving the E-M5II as a light carry setup, but can't help but think the E-M1 isn't quite delivering as a high end body in my usual high/low mix. the reality is I'm just not seeing any real-world performance advantages to the E-M1 beyond slightly better handling with big lenses. I'm also hitting certain lens limitations quicker with what I tend to use the E-M1 for (particularly aperture limits on the 40-150R)

That said, when I look at my alternatives, m43 still keeps coming out on top. I just don't want to haul another kilo of kit to get fairly marginal increases in performance for 90% of my uses.

The alternative is to go to a real high/low mix, most likely another D800 combined with the current m43 kit. I'd probably go minimalist on the D800 kit, starting off with an UWA and normal zoom and that's it, then add a 70-300E and collect some AI glass for giggles. The alternative here would be to look for a A7R or A7RII instead of the D800. But I don't think I could get in for the same money, and the D800 (or a D810 for A7RII money) would be able to replace my D300 fully as well.

Bond Head @ Newcastle, ON at dusk

Loved the look in the sky that evening. So much colour looking over Lake Ontario.

This was from a day of much photography, as I drove up through the Kawartha's doing a big loop and shooting along the way. Ended the day in Newcastle, ON before heading home after dark on the 401.

Email ThisBlogThis!Share to TwitterShare to FacebookShare to Pinterest
Labels: Photography 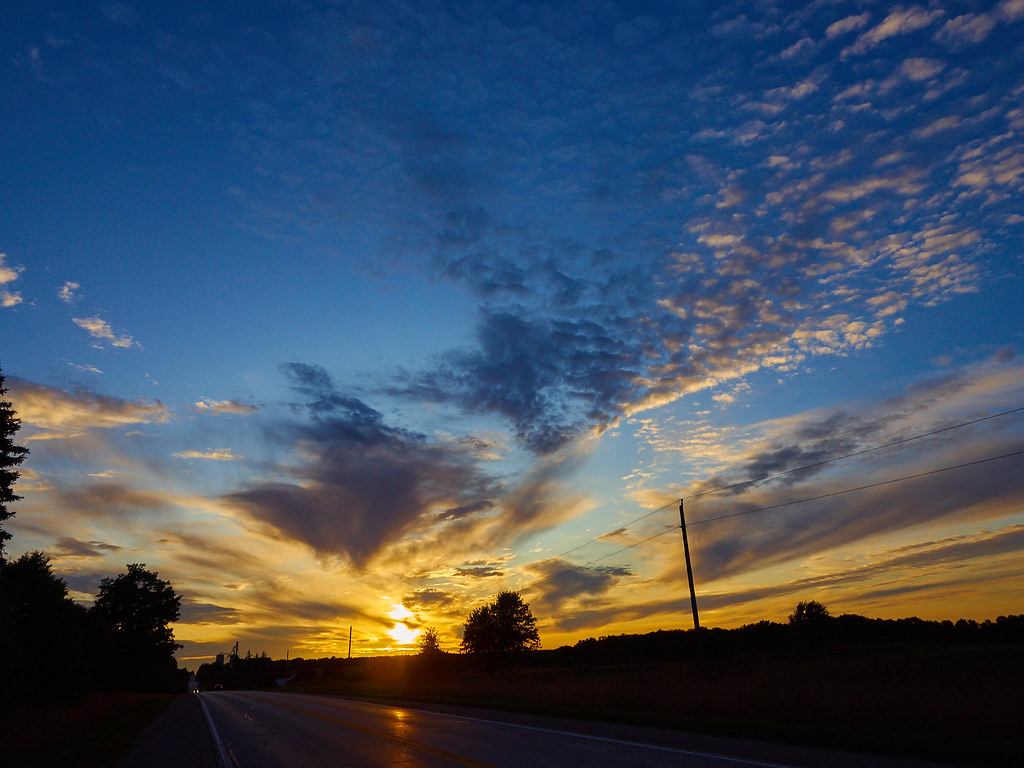 Well, I think I can pretty much call all of my goals for 2019 as achieved.

I checked off new location number 7 for the year yesterday, I have 300 curated shots in the to be developed pool and over 180 posted for the year, I'm seeing a steady 1000 views a day on Flickr and I've passed my shooting goal for 2019 by over 300 images and it's still mid-September.

In terms of gear, the E-M1 has now exceeded the X-T1 for shots counted, becoming the #4 most used mirrorless body, with the E-M5II trailing slightly behind it, although again, just a tad more use than the X-T1. If I count the shots from the original E-M1, I'm somewhere over 3000 images total on the body.

1. Add two more new locations to the list for 2019, bringing me to 9 total and 50% more than the original goal
2. Exceed 10233 shots for the year, to officially return to my former active shooting ways. That was my 2012 total, right before things dropped off.
3. Keep my current bodies long enough for them to achieve a significant frame count (with significant being defined as more than the ~5600 images taken with my original E-M5). Given that the E-M5II is a current body and the E-M1 for the most part covers my needs, I think this is achievable. I can see upgrading one of these bodies next year, but frankly they meet my needs pretty well overall. 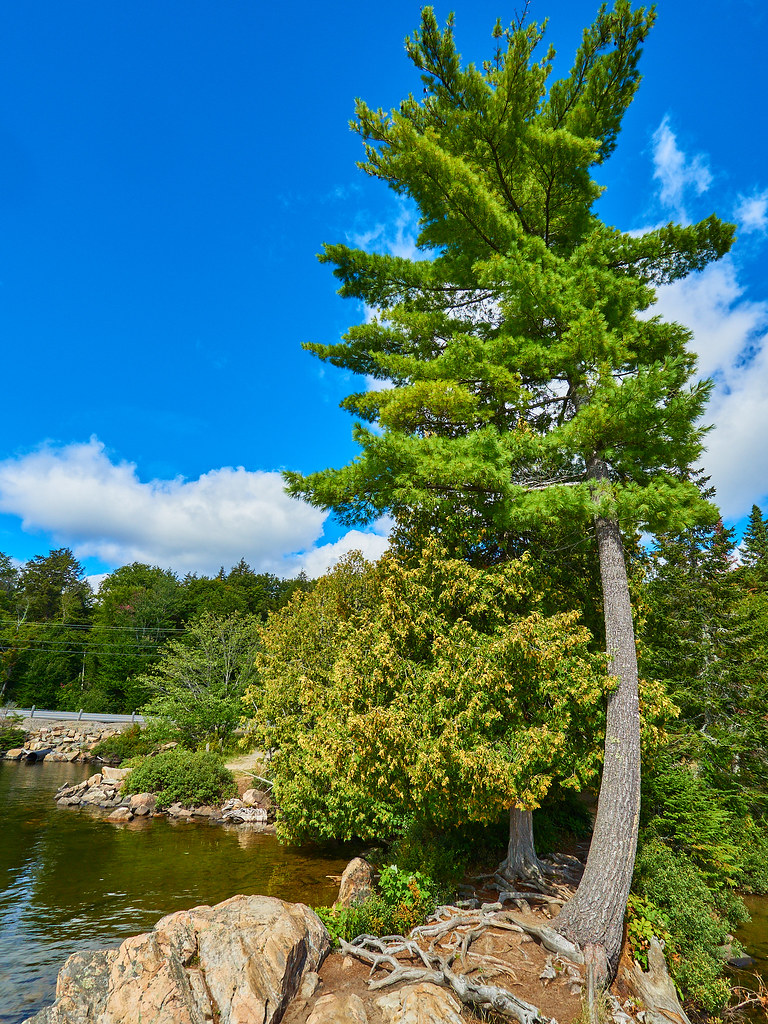 
This weekend I knocked off locations 4, 5 &6 of my goal to shoot at 6 entirely new locations this year.

That's one of my 3 major goals for the year, and with 270 shots in my selects folder, the goal of producing 365 quality images can be called complete as well. That leaves maintaining 1000 views a day average on Flickr, which I am reliably achieving. And with 6900 images total for the year, I expect my unofficial goal of 7220 images will wrap up in the next couple weeks.

In gear terms, both of my bodies are now right around 2000 frames each, and solidly in Stage 3/Comfort of the 3 Stages of Camera Ownership

I've found that when working with both, I pretty naturally seem to leave the 9-18 on the E-M5 II and swap out lenses on the E-M1 as needed. That matches up to the E-M1's better handling with longer/heavier lenses while the tiny E-M5 II/9-18 combo works outstandingly.

Now what remains is to keep a steady cadence of shooting through until mid-fall. I inevitably take a break between the end of fall colour and the arrival of the winter's snow, simply because it's a photographic dead zone for me (the gap between spring melt and the first flowers is as well)