Nikon's 100th Anniversary was on July 25th and frankly, was underwhelming. A teaser of the upcoming D850 (which has been rumoured for months) and some mediocre special edition products with cosmetic-only changes.

First off, an F7. This could have been a regular, low-production item. Nikon's had a new F in every decade except the 60's (the F was 1959, the F2 1972). With all the new E lenses, Nikon no longer has a film body for Pro's to use with their modern glass. Nikon should leverage the D810 or D850 electronics to produce an F7. It doesn't need anything fancy, just the new metering, AF and lens control systems from the D8x0 bodies and updates to use the modern batteries instead of Lithium or EN-EL4's. This would sell in moderate quantities to serious amateurs and working pro's who still use film for some of their work and have been purchasing the new E lenses (especially now that the 24-79/2.8 and 70-200/2.8 are E lenses)

Secondly, an FM4. The FM3a was a real missed opportunity for Nikon and its poor sales no doubt made them gunshy about producing a manual, mechanical camera. But the lack of success of the FM3a was entirely predictable, there's a good reason why the FE2 lasted for 6 years of production, but the FM2(n) lasted for 21, and it's because the core market for old manual cameras are the people who want simple, uber-reliable, manual cameras, not AE cameras. The FM3a was an updated FE2 with a battery-free mode, rather than the FM2n update that people actually were interested in. For the FM4, take an FM2n, add selectable spot metering and maybe TTL flash and that's it. Use the excellent B/E/K3 screens and include a flippy AI tab. It'll sell, and sell much better than the FM3a did, because that's what users were actually asking for in the FM3. It helps that today we aren't flooded with used, low-mileage FM2n's like we were in 2004.

The third possibility was to do another S special run. They did one in 2000 and this is a good time to do another one. The RF market is small, but very solid and still heavily film-oriented.


On the subject of my film bodies, here's where I'm at.

FE - My normal body for colour film. This is an heirloom body for me, given to me by my Aunt who bought it new and shot it for years. The FE bodies aren't my favourites, but I do get along with them and it'll stay in my bag for a long time.

FG - My normal body for B&W film. It's a solid little camera that I like a fair bit, but at some point it'll get replaced by an FM2n. It's good enough that I'll wait for the right (black) FM2n rather than snap up the first I find. In the mean time, I enjoy it.

EM - This was a freebie, acquired as a rear cap on a 50/1.8 Series E. I usually have one of these floating around, and have owned half a dozen of them over the years since my I got my first SLR (which was indeed an EM). It's my beater body and will continue in that role.

N6000 - Aka the F601m. A manual camera based on the F601 AF camera, but with a couple minor updates. Another Nikon oddity that I like. I'll keep it around because it's odd & fun. Supports G lenses, unlike its AF elder brother. May get another cheap F801s to go alongside it. Not a regular shooter, but I bust it out for the occasional roll.

F80 - Lightweight but good body, but my only body without AI support. Right now it's my film body in the digital bag, since it supports VR and AF-S, but at some point it'll get replaced by an F100 to get AI support and compatibility with AI lenses (as well as handling more like my D300). When that happens it'll either get disposed of, or I'll pickup a cheap 28-105 and use it as a desk/car camera.

While this does look like a lot of bodies, film bodies outside the desirable FM series, FE2, and F2/F3 are so cheap these days that I quite literally have about $100 total in the 5 bodies I own (and two were freebies).
Posted by Adam Maas at 09:55 No comments: 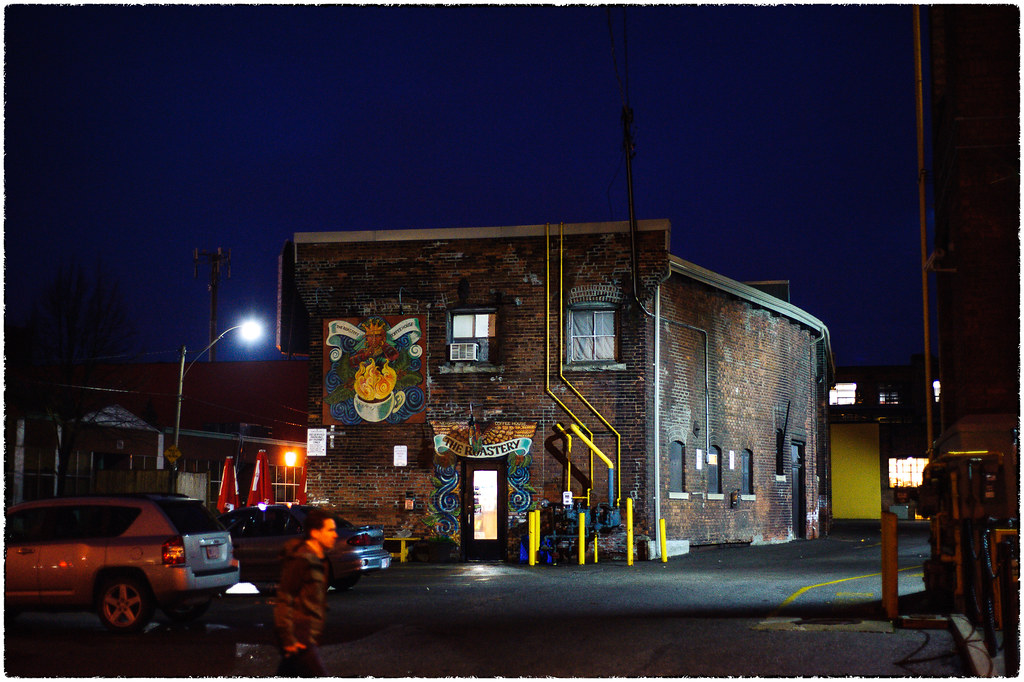 Flickr can be a little odd at times, I was looking through some old images from my D700 yesterday to remind myself what sort of results I was getting from it. And suddenly I start getting notifications that people are favouriting this D700 shot. It was already one of my few D700 shots to hit explore, but after months of nothing happening it's added 350+ views and 20+ favourites in a few hours. No idea why, but clearly it's showing up somewhere on Flickr that's driving views.


That said, I do rather like the shot, it's a good example of why I liked the D700 as a low-light camera. Great colour, good detail and a fairly ridiculous ISO. I'd love to see what results I could get from a D700 and my Zeiss Planar 1.4/85
Posted by Adam Maas at 09:24 No comments: 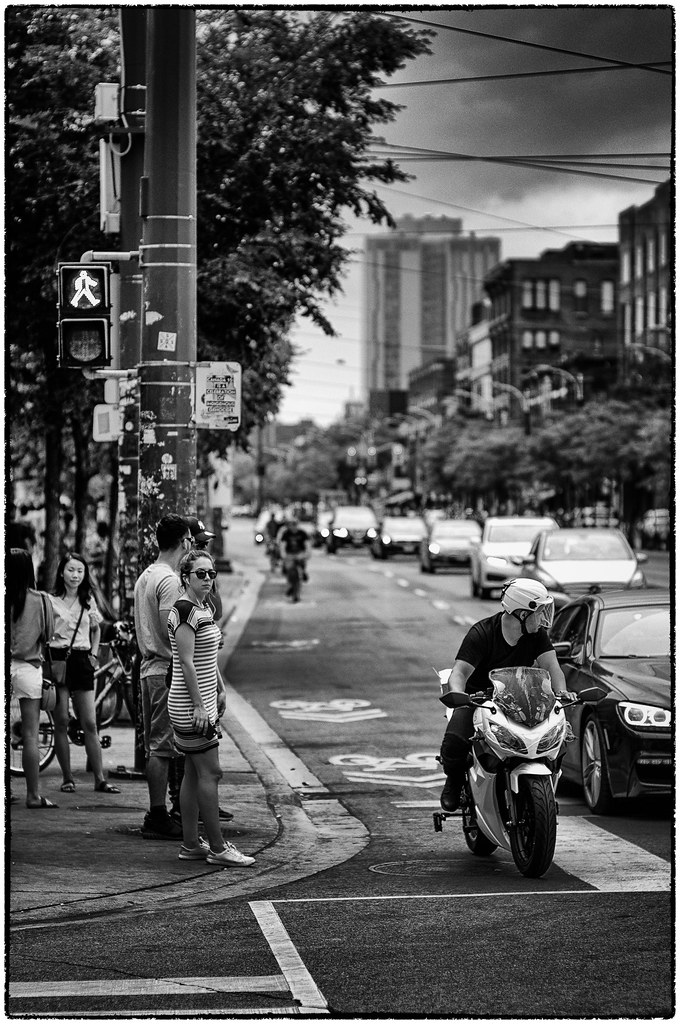 I've now had the D300 back for a week. And I'm at just shy of 600 shots on it already. In comparison, the D90 didn't hit 800 even after a year of ownership. The sad part is that there's really nothing I'm doing that couldn't have been done on the D90, aside from shooting my AI lenses with metering. The 55/3.5 Micro has seen a bunch of use, and the 300/4.5 a little bit, but most of my shooting has been with lenses that worked just fine on the D90. So what gives? Handling and confidence mostly. On the handling side I just find the D300 to be seamless to shoot with, the D90 never was. And on confidence, I never trusted the AF of the D90, and it didn't have AF Fine Tune to adjust things. I found it was alright, but it never hit with the same confidence as the D200 I had did, despite having a newer revision of the same AF (I also had good luck with that same AF sensor on the D3200). The D300 has my personal favourite Nikon AF system, the 51 point unit (which I also had on the D700 and D7100).

Interestingly I'm actually starting to get used to the AF system's more complex capabilities, instead of just using it in 51 point 3D Color mode (aka Auto), or single point mode. I've been making use of the D9 mode where a group of 9 sensors is selected around one point. It works pretty well and gives me more control over AF point selection, while still keeping the coverage of multiple points. 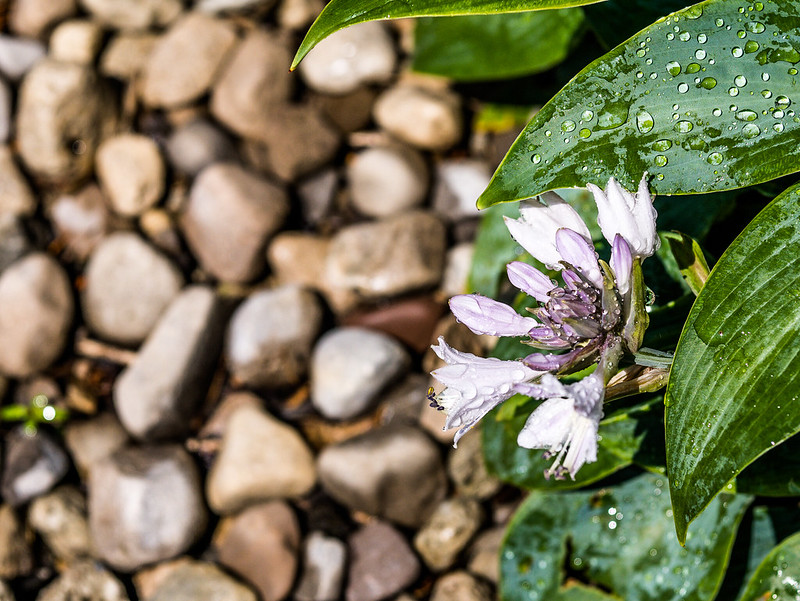 This is the last image in my backlog of Micro 4/3rds work, from what might have been my favourite combo in the system, the GX7 and the Sigma 60 Art. I always got great results from that pairing, even if the files ended up a bit crunchy. But the detail is superb, the colour good and the overall rendering is quite pleasing. The 60 is a gem that any m43 shooter should have in their bag (the other two f2.8 DN Art lenses, the 19 & 30, are better suited to APS-C than m43, although still excellent lenses, I've owned all 3 in m43 at one time or another). 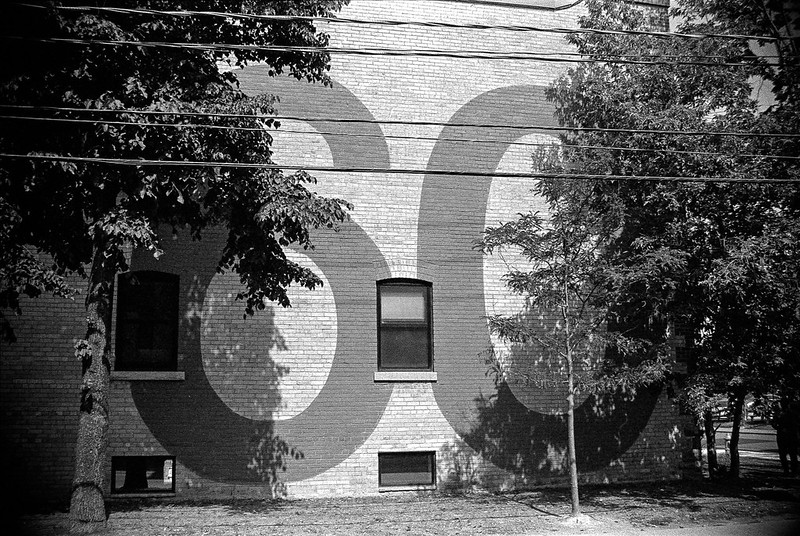 Shot this with the F80, a thoroughly competent, yet also thoroughly mediocre camera. I'm generally fond of mine, it's smallish, light and performs well, but does lack an AI tab and like all film cameras it's also incompatible with the new E lenses. I do wish I had more compatible lenses with it, particularly a wide of some sort.

I really do wish Nikon would bring out an F7, pretty much with the F6 body and D810 electronics (and update it to take the EN-EL18 battery from the D4(s) and D810 grip). I'd love to see what folks could do with the superb new E lenses (especially the 105/1.4) and Portra or low-speed B&W film.
Posted by Adam Maas at 15:58 No comments:

Back Where I Began


So the D90 is gone, I just never got along with it and there's little point in owning a camera that you don't want to shoot. Replaced it with a D300 for a shockingly low cost (seriously measured in beer).

And I'm reminded exactly why I shouldn't have sold my D300 8 years ago. Yeah, it's a brick, but it's a very, very good camera that just happens to be heavy. As it has an AI tab, I can now shoot with my AI lenses, especially the 55 Micro-Nikkor, which is an utter gem, and my old faithful 300/4.5 AI'd, that I've owned for years.

Selling my D300 has long been the point where I really started chasing the dragon with regards to my gear. I went through a bunch of gear before then, but always had real performance issues with it until I got the D300. After that it was a mix of performance issues and the grass is greener. There's no reason I couldn't have stayed with the D300 system, the A700 system, the D7100 system or the D700 system I've had. The mirrorless stuff worked less well for me, but even then the E-M5, E-M1 or GX7 all were more than enough for what I needed.

So I'm back where I began, and I hope to stay there for a while. I need a lens (UWA) or two to round things out, but I largely have what I need and don't really see a reason to change. 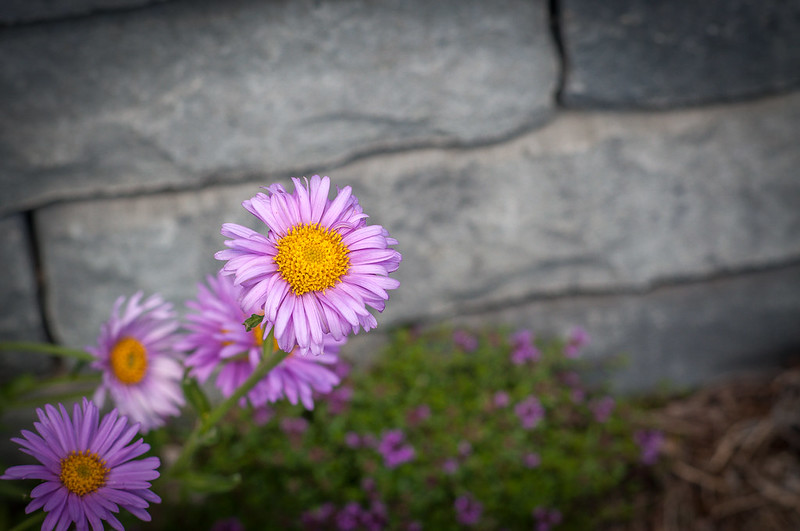 It's been quite a while since I've posted, and that's largely because I haven't been shooting. I spent most of the winter taking it easy on walking because of knee issues, and the spring just generally lacking in motivation. That seems to have changed in the last few weeks and I've been out shooting again.

Nothing's really changed on the gear front since October (pretty much a record for me), although I was given a functional D70 body, without accessories. Since I already have batteries (takes the D90's EN-EL3e's) and some CF cards lying around, I've been playing with it. I kinda like it, it's so simple compared to more modern bodies that there's really not much in the way of features to get in my way. Expect some samples soon. That said, it's old, low-res and has a horrid viewfinder, so it will never be a primary body for me, just a toy.

I cracked my last 100' roll of HP5+ last week. I'd acquired 4 such rolls several years ago and that stock is a big driver for my desire to shoot film. Once its gone, I may re-evaluate my commitment to film, given the cost of it. It's a lot harder to justify when 60 rolls worth buys you a D700.

On the subject side, I'm finding less interest in cityscapes & street. I do need to get out and shoot some more landscape and rural scenes. That might just give me a few pushes on the motivation side of things.