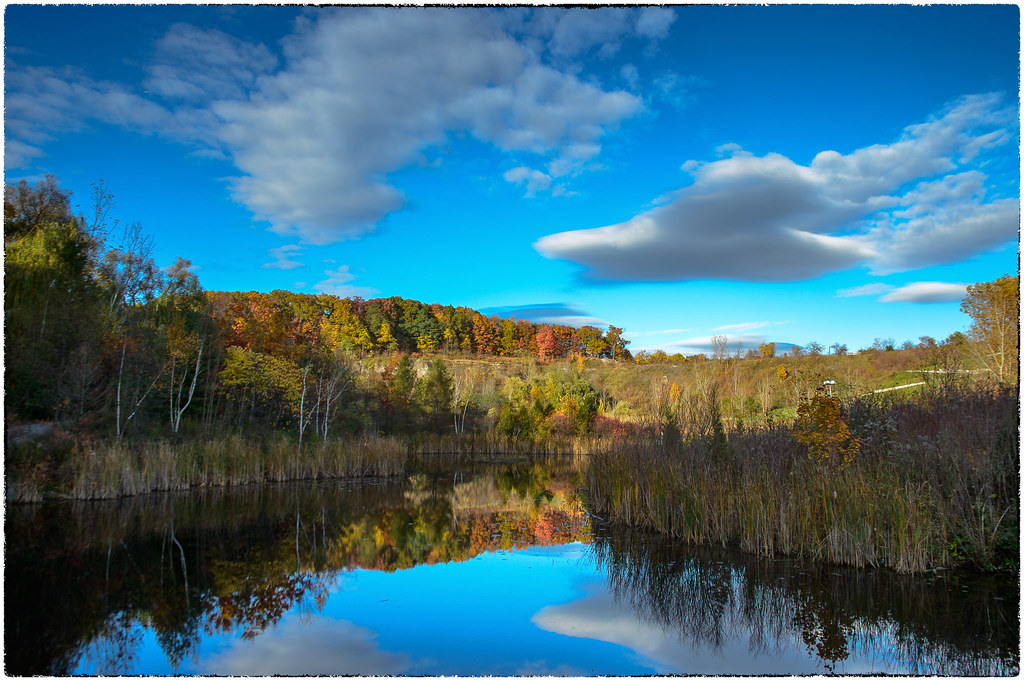 As to the 16-85, it's a very competent but largely average lens. It's got a great range, is unusually wide for a Nikkor DX zoom (where 18-everything is more common) and is reasonably sharp and has good colour. It does quite well up to the 16MP bodies, but it's stretching on the 24MP bodies, although it still can deliver. Close focus is a surprising strength, it's probably best at 85mm and under 3m. Not that it's a macro, but it'll handle flowers and larger insects just fine. Focus is again OK, although I've found my borrowed example can miss unpredictably at times. That said, I purchased that lens new in 2008, passed it on, and have borrowed it back periodically so it may just be a little long in the tooth now.

In general, I'd recommend this over most Nikkor DX normal zooms. The 18-70 is IMHO optically better, but is less wide, less long, lacks VR and is getting difficult to find good copies of (it's long out of production). The 16-80E beats it in everything except price (real high) and compatibility (as an E lens you need a D300 or newer body, not including the D90 or D3000). There are better 3rd party options, but all are less flexible. It really just is a good do-everything hiking lens. If you can't swing a 16-80, get the 16-85 instead. 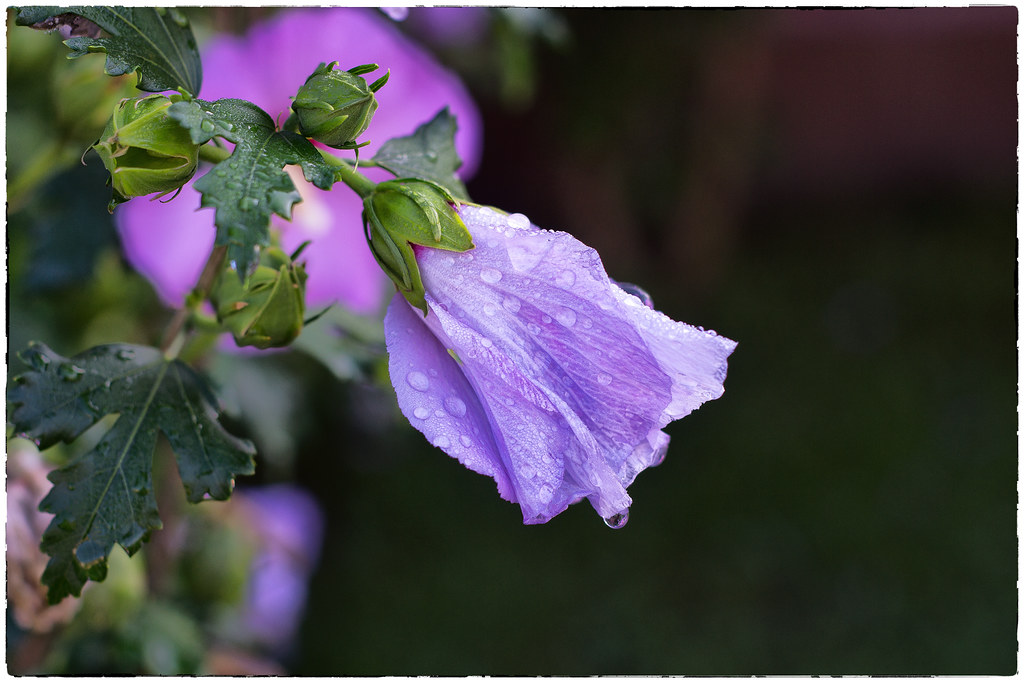 This will be a little different, as I'm basically covering all 3 lenses of this spec Nikon's made. I've owned a bunch of them over the years.

The family starts off with the 50mm f1.8 AI. This was introduced in the late 70's to replace the legendary but ancient 50mm f2. About the same size as the f2 version (and comparable to today's 50mm f1.8D in size), this was an excellent performer that would last to the beginning AF era as an AI-S lens in non-US markets. It's often referred to as the longnose 50/1.8.

Shortly after Nikon designed a small and simple 50mm f1.8 near-pancake for the Series E lens line for their new and simple EM SLR. This was a single-coated optic in a small package. It would get multicoating to become the standard AI-S 50/1.8 for the US and Canadian markets, then get re-used in the first three AF 50mm f1.8 variants (AF, AF-N and AF-D) and remains on sale today as the 50mm f1.8 AF-D. The only optical difference is coating, but there's about 8 different barrel variations from minor (the various AI-S versions differing mostly in MFD) to major (the original AF barrel, the AF-N barrel).

Finally Nikon brought out an all-new optical design as the first entry in their new line of f1.8 AF-S G primes. This one is comparatively huge and the most expensive of the lot, although it just might be the sharpest of the lot, rivaled only by the original Longnose design.

I've owned one of the longnose AI's, uncounted numbers of the Series E and derivatives including both original AF and AF-D and one AF-S. I prefer the former and latter, although even the least of these is a pretty darn good lens and you can't go wrong. Right now there's a borrowed 50/1.8D in my bag, as I sold off my last Series E on an FG. I find the small Series E and AI lenses don't handle well on larger AF bodies like my D300's or D800. The later AF-N and AF-D versions handle alright (avoid the original AF version, as the manual focus ring is almost useless). 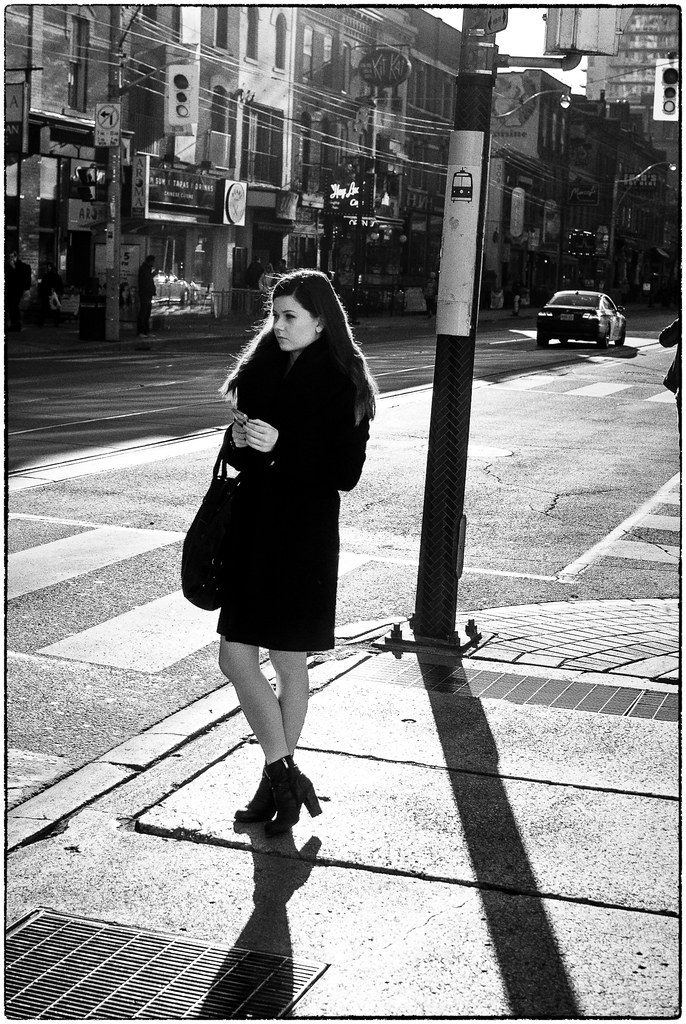 It's cheap. It's sharp. It's remarkably small for an AF-S prime. It just about covers FX. This is the nifty fifty for the DX crew, and it's frankly better than any of the Nikkor 50/1.8's except maybe the old AI (which still is my favourite of those). Flare control is excellent, AF is the same pretty OK AF of all the f1.8 AF-S Nikkor primes. Handling is OK, build is adequate, focus ring is meh, but what do you expect for a lens I've never paid more than $200 for.

If you shoot DX, buy one. Even if you have a better option, stick it in the bag, or on a D3x00 body as a light walkaround option. You won't regret it. 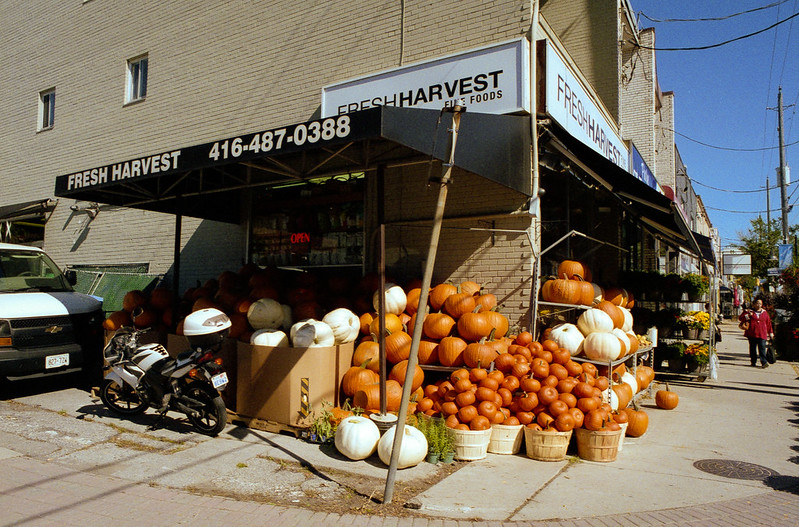 My Nikkor-H 28mm f3.5 was picked up to provide an inexpensive mild wide for my film kit. It's AI converted with a factory AI kit.

This was Nikon's go-to wide angle lens during the Nikkormat era, and my example is the early single-coated version from the 60's or very early 70's. It's got the classic knurled metal focus ring and the factory AI kit has the knurled aperture ring to match. This is the second Nikkor 28/3.5 I've owned, although the previous one was an AI version with modern cosmetics and NIC multicoating.

On film I find it competent, with reasonable sharpness, although it's low in saturation and contrast and has a higher tendency to flare than newer versions. Look for a classic 60's rendering, especially if paired with a lower contrast colour film like Portra.

I don't find slower 28mm's useful on DX for the most part, so I've few comments on performance on the D300's.

On the D800 things get complex. My initial take was that the 28 purely sucked on high-MP FX, being soft and low in resolution. More shooting, done simply because this is currently the only FX wide I own, shows that the situation is far more complex.

The reality is that the 28/3.5 is actually quite good on FX aside from outer corner performance, especially if stopped down to f5.6-8. The caveat is that the combination of large DoF and low contrast make focusing difficult via the OVF. The solution is to use hyperfocal markings for handheld shooting and LiveView.

A note for people trying Hyperfocal markings on digital. If you want good results, use the markings for 1 stop wider open. IE if shooting at f8, use the markings for f5.6. The reason is that the Circle of Confusion that the markings were calibrated for is too large for good results on digital cameras. The markings were calibrated for film and 4x6 prints. Going one stop wider open gives approximately the results you'd expect for an 8x12 print, which is pretty close to a standard monitor presentation. Do not expect that hyperfocal will ever look good at 100% view. Live view is the answer there for difficult to focus lenses like the Nikkor-H 28/3.5. 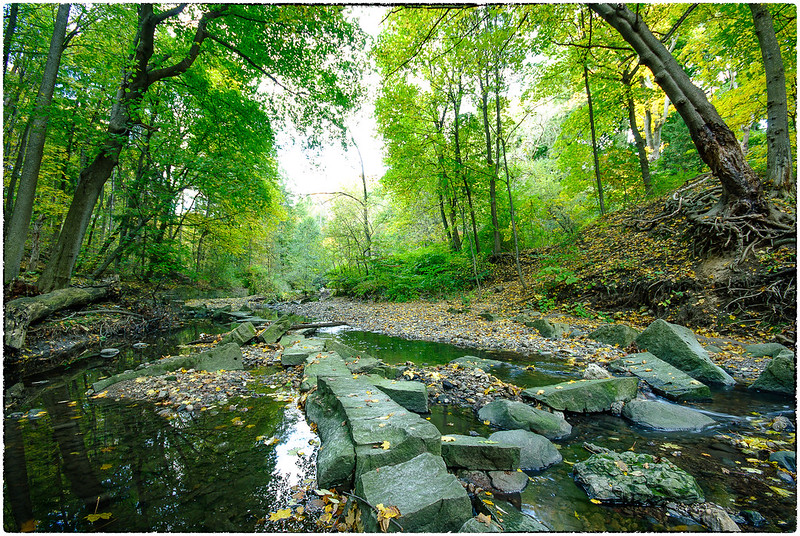 This is the first in a series of short lens reviews that I'll be posting over the next few weeks.

Best aperture is f8 in my experience, and I pretty much tend to set it to f8 and leave it. I'll occasionally open up to f5.6 or wider when shooting handheld in lower light.

I find colour to be nicely saturated, contrast is quite good even with a point source in the frame, edge performance is good at f8, adequate at f4-5.6. It will flare with point sources in the frame and sunstars are not a strong suit. Handling is good, the focus & zoom rings are good for a consumer lens and the size is small enough to handle well even on a D3200 or D40. It's a fun walkaround lens on a D3200 in the city.

It's a personal favourite of mine and one of the core lenses of a minimalist DX kit for me. I recommend it with one caveat, if you have an AF-P compatible DX body the Nikon 10-20 VR AF-P is smaller, cheaper, stabilized and optically comparable. If you have a body without AF-P support and/or shoot FX with 1.2x crop, get the Sigma.

Sigma also offers a larger f3.5 version. Get that if you need f3.5, or better corners in the f4-5.6 range. Otherwise I wouldn't both, the slower and smaller version is a better deal. 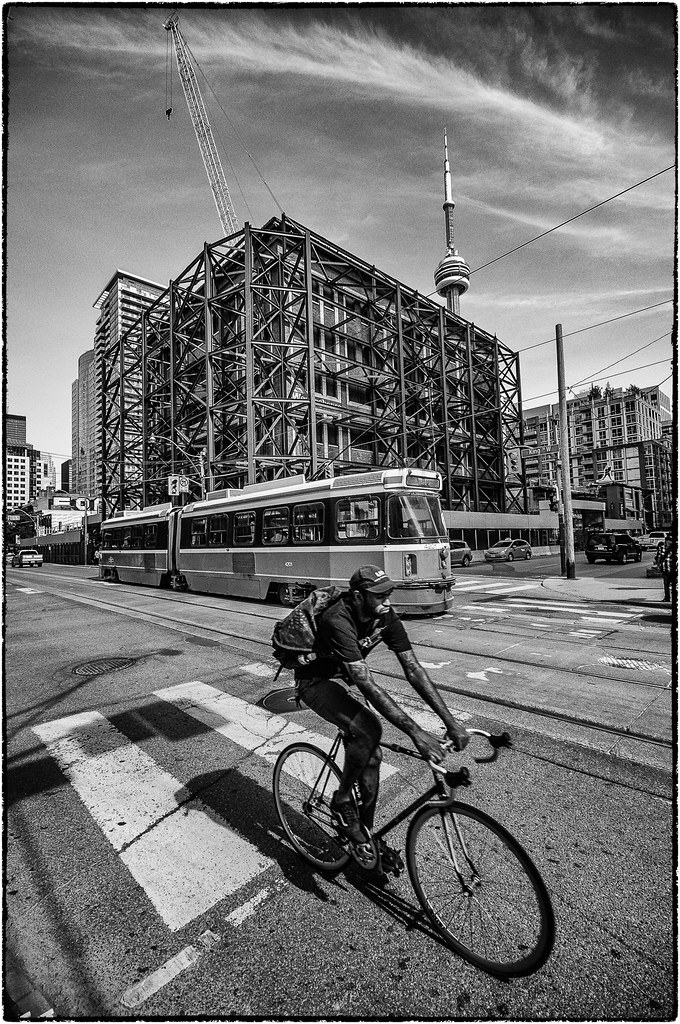 The way things are right now I've basically got 2 shooting kits, plus the option of going single lens only.

3. One-lens kits. - D300+35/1.8, D800+any prime - for when I want light and or as discreet as these big bodies can come. My beater D300 + the 35 is the high risk kit, as I'm out little if something happens to it. I've paired the D800 with all 4 lenses currently in its bag successfully for single-lens shooting, although the 55 is probably the best all-round single-lens option. 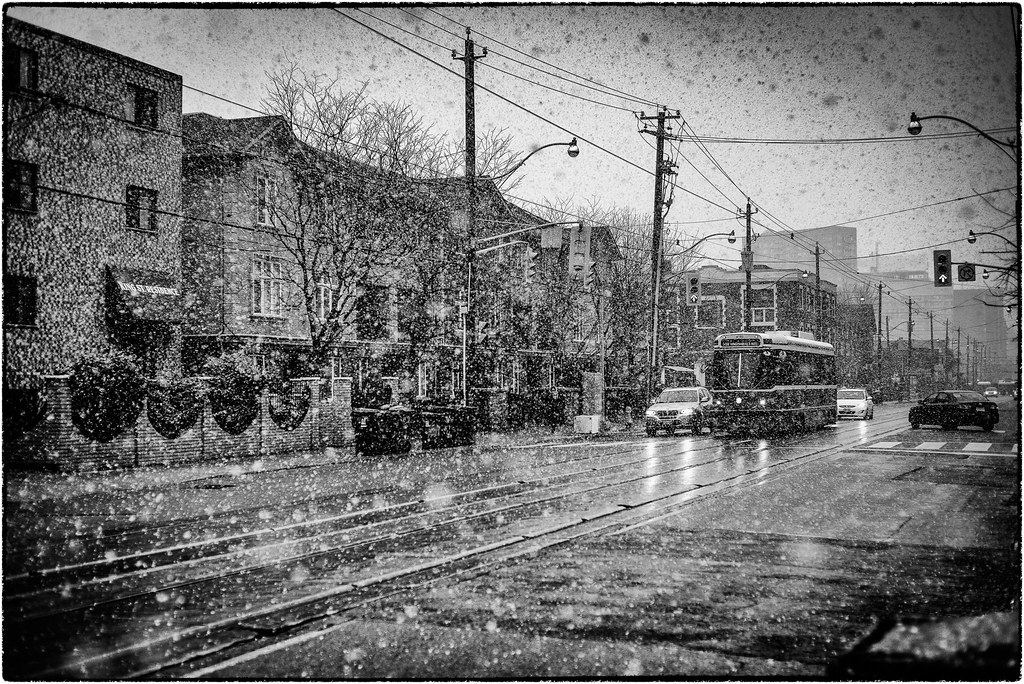 I've learned that there's basically 3 stages to digital camera ownership for me.

1. New Toy - typically lasts for the first couple weeks or couple hundred exposures. Camera is the new cool thing and almost assuredly going to last. It's very rare that I ever get rid of something during this period, and only if the experience is poor from the get go.

2. Equivocation - This lasts from the end of Stage 1 to typically a thousand exposures. At this point I'm wondering if it's the right camera for me and shooting typically either tapers off to a point where I just don't have any motivation to shoot, or I keep a tempo up that moves me into Stage 3. All but 2 of my mirrorless bodies failed to survive Stage 2, and most of the DSLR's as well.

3. Comfort - I've got a solid number of exposures under my belt and am comfortable with the camera and will keep shooting at a steady pace. At this point the camera will last until one of two things: external needs drive a change or I upgrade bodies for IQ. Usually it's a combo of both.

The D800 is working very well for me. It's well sorted, I mostly like the UI differences between it and the D300 (and it solves the #1 annoyance on the D300 for me, accidentally knocking the AF switch to AF-C). One thing I definitely like about the D800 is unlike the previous FX bodies I've owned it's generally as good a DX body as the D300's. I give up a bit (1fps ungripped, viewfinder size in DX) but gain a bit too (3.3mp extra, better high ISO even in DX, a few improvements in handling).

As to lenses, my current setup works, with caveats. I'm planning on slowly building the lineup out over the next year or two, largely by adding AI or AI-S lenses at low cost. I am going to post a series of short reviews of each of my lenses over the coming days & weeks, but here's a quick rundown.