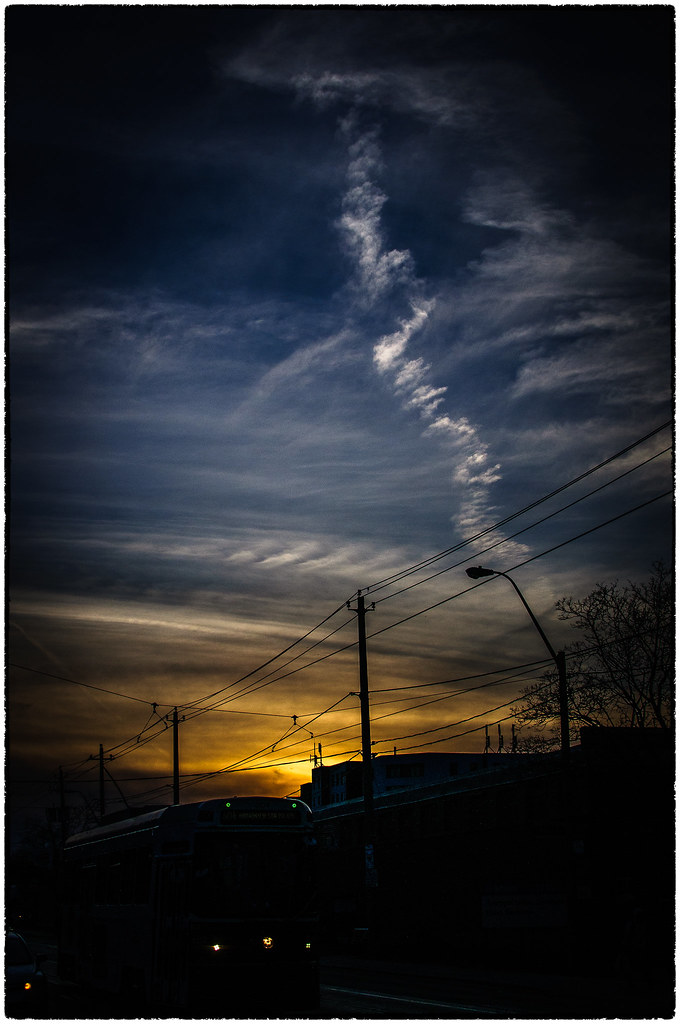 
So I've not posted much on where my shooting has gone over the summer. That's mostly because the combination of work, RC Soaring and hot & sticky weather kept things quiet on the shooting front.

I'm changing some of my personal behaviours to improve my shooting opportunities as we head into fall, so I'm hoping to end up at 7-8000 images for the year.

As to gear, while I'm very interested in the new Nikon Z cameras, I don't see any major changes happening. I'd like to add a 105 or 135mm, a fast 35, an ultra-wide of some sort and maybe a normal zoom of some sort for the A7II. All but the zoom are likely to be F mount. The priority here is the mid tele and the UWA, those are actually things I'm really missing when out shooting.
Posted by Adam Maas at 13:14 No comments:

New Mirrorless - What Should You Buy 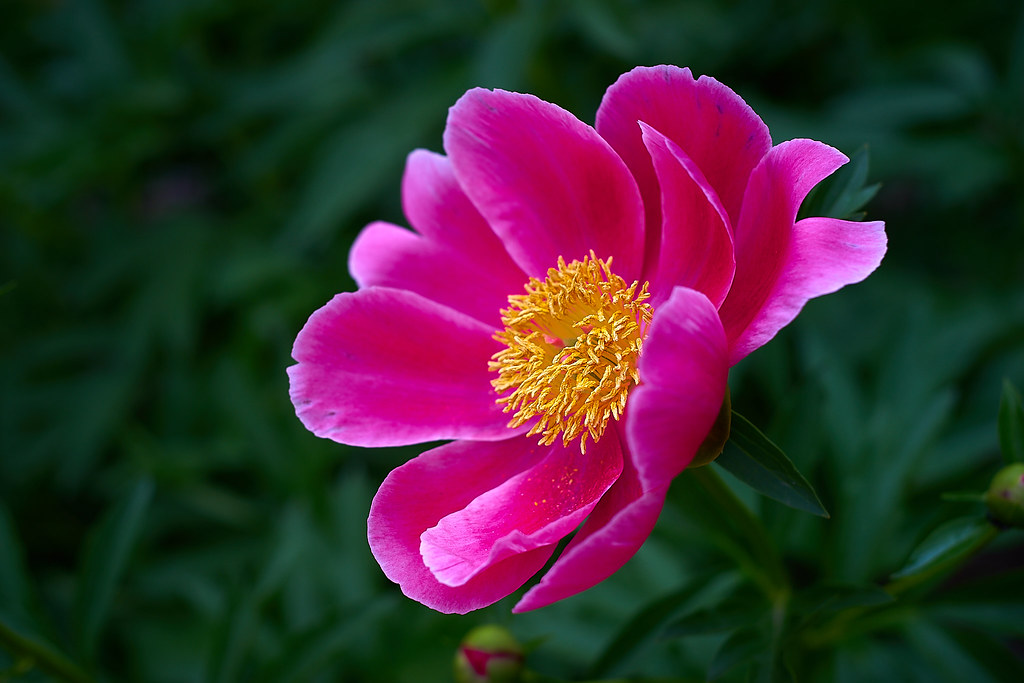 So, which of the new FF mirrorless systems should you buy.

Sony Shooter - Investment in E, FE or A lenses - Just stick with Sony unless you really need a line of f1.8 primes. You're already invested in the most mature system and neither of the other options provides enough advantages to offset your current investment.

Sony Shooter - Investment in adapted lenses - Take a close look at the Nikon Z's if you aren't on an A7RIII or A9, as their non-CPU lens data interface solves a major workflow issue for adapters and the Z6 EVF is decidedly better than the A7III (the A7RIII and Z7 are comparable for EVF quality). You'll want to wait for adapters to show up unless your lenses are primarily F mount.

Nikon Shooter - Modern AF lenses - Look at the Nikons, they're a no brainer unless you need speed for wildlife/event photography, or dual card slots, at which point wait for the Z8/Z9 which will inevitably follow

Nikon Shooter - Screwdriver AF lenses - Sucks to be you, if you need to move, it's time to invest in newer glass at which point you may want to look at the more complete Sony system

Nikon Shooter - MF lenses - Nikon's the best option here, but Sony is very viable as well, and faster plus equipped with dual card slots and better battery life. If you're a Zeiss fanatic, the Batis & Loxia lenses argue for Sony.

Canon Shooter - EF or EF-S lenses - Buy a Sony + MC-11 or Metabones adapter for the best experience. Only reason to get the R is weather sealing.

Canon Shooter - EOS M shooter - Buy a Sony or Fuji if you don't adapt EF lenses. Canon has abandoned you in terms of any ability to keep your investment as you move up in cameras.

Note I don't see any category where there's a real argument for the EOS R. It's not a bad camera, but there's no use case other than Canon Diehard where it's the best option.

For me, I'm in the Nikon Shooter - MF lenses category for the most part. And that means that I'm in the one area where there is no really set differentiation there.
Posted by Adam Maas at 13:16 No comments:

Next Steps in Mirrorless 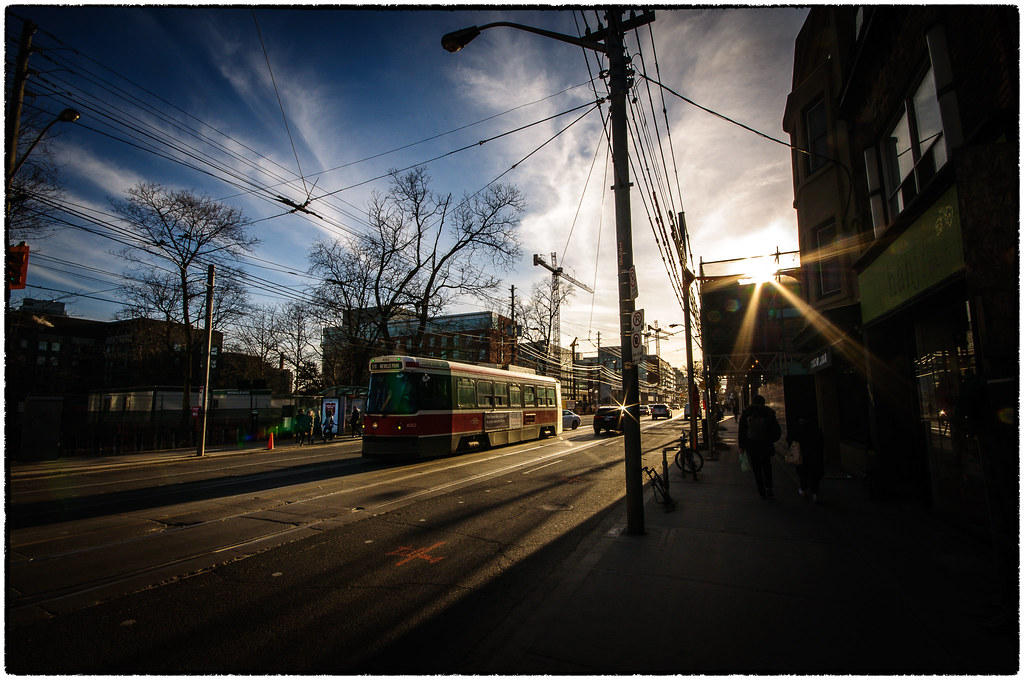 
Here's what I think the 3 FF mirrorless makers need to do over the next 2 years.

1. Sony. Sony's concentration should be on Software and lenses. They need to fix their menus badly. Spend some time with some GOOD UI designers, fix the menu layout, improve some of the silly gotchas (like no ability to assign EVF/LCD to a button, no way to write IBIS focal length to EXIF) then release for the mkII and later bodies. That would keep the mkII's viable as less expensive bodies for a while longer.

On lenses, Sony has the clear advantage for native lenses, but lacks the large selection of DSLR lenses that Nikon and Canon can easily leverage. Sony also has the most inexpensive body options on the market with the 3 mkII A7's and the original A7 still available new. So leverage that. Give us a complete-ish consumer line by launching a FE 70-300 f4.5-6.3 (slower for smaller & cheaper) and a FE 18-35. The first should be no more than $500USD and the second should be $1-200 more expensive. That would give Sony the only reasonably complete consumer lens lineup to match their inexpensive A7 and A7mII bodies

Sony also needs to continue to build out their super-tele line. They'd do well to bring out a 300/2.8 and 600/4 with the same weight loss strategy as the new 400/2.8, and they should look closely at Nikon's 300/4 PF and 500/5.6 PF to fill the remaining gaps. But the faster lenses should be the priority for next year with the Toyko Olympics coming up in 2020.

Sony's at least a couple years away from the next A7 iteration, but an improved A9mII should be due in late 2019 or early 2020, with refined AF tracking and a pair of XQD/CFExpress slots to eliminate the biggest weakness of the A9, it's poor write speed.


2. Nikon. There's two things Nikon needs here. The first is AF & battery life improvements via firmware. Even if the AF complaints from pre-production bodies turns out to be a real nothingburger, Nikon needs to add the very useful AF area functionality that's in the DSLR's but not the Z series. And Nikon needs to fix the fact that they get the worst CIPA performance from the largest battery. Also the lack of a proper vertical grip is disappointing, Sony & Canon did that right. But that's a next-body question, we're pretty much stuck with the current bodies for the next couple years. Nikon should iterate fast.

Nikon should also leverage its long-lens weight advantage from the 300/4 PF and 500/5.6 PF and release 4 additional adapters. One should be a cheap ($100USD or less) ETZ adapter, dropping all mechanical connectivity and only supporting E lenses for full coupling and aperture ring equipped lenses for stop-down metering (and thus giving two major groups a cheaper adapter)

The other 3 should include 1.4x, 1.7x and 2x TC's integrated into the adapter, to save weight and reduce complexity for backpackers using the PF teles and Z bodies to cut weight. These also should be E only (and when a high-speed Z body arrives, these will make the current E superteles the obvious choice and reduce the need for exotic Z lenses).


3. Canon. First thing Canon needs to do is communicate. What happens to EF-M? What lenses are coming? Will there be an EOS Rs high-MP body? Nobody can tell where the R line is going given the products launched yesterday, while Nikon and Sony have some clear direction.

The third thing Canon needs to do is get decent AI Servo performance. 3fps with tracking is pathetic, inferior to the A7mII which can be had for 2/3rds the cost of an EOS R. In terms of actual performance where Nikon aimed at the mkII's and hit a triple with a scoring threat, Canon bunted and barely made it safe on first.
Posted by Adam Maas at 13:15 No comments: 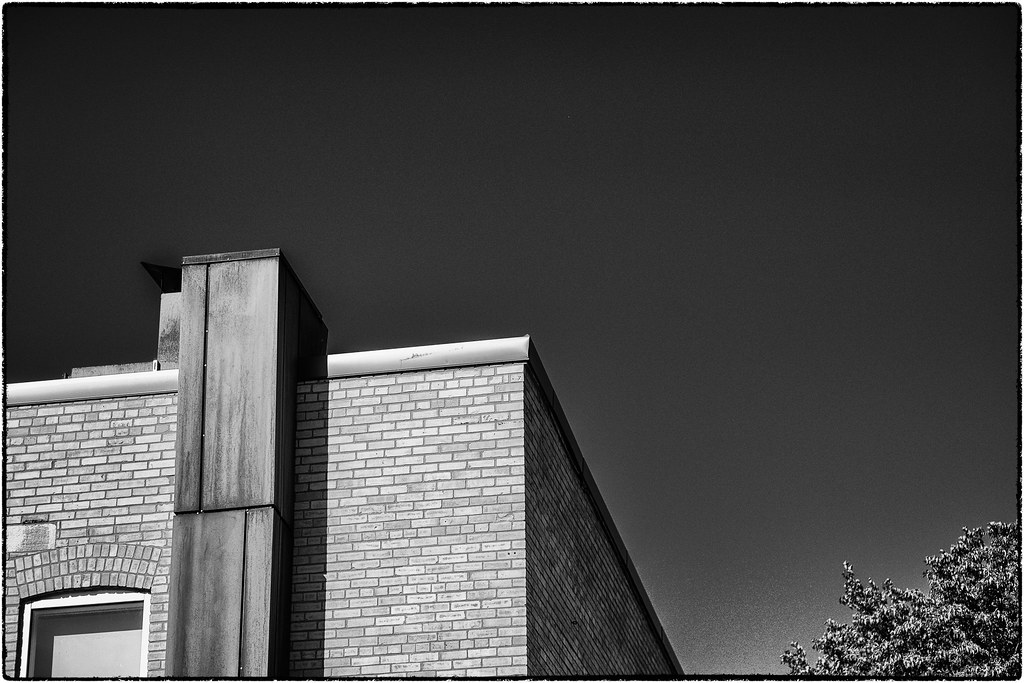 Nikon's Z series essentially targets the two most successful Sony's (the A7 and A7R models) directly, matching each variation with one of their own, and coming in somewhere between the mkII and mkIII revisions. Nikon clearly targeted the mkII Sony's and beat them in pretty much all regards, although the mkIII's have some advantages (battery life, AF, dual card slots.). Nikon's lens choices are both safe and sane, mirroring 3 of Sony's original lenses with slightly better thought out choices. The 50/1.8 is cheaper than the ZA 55/1.8, while it looks to be comparable or better, and the 35/1.8 may be larger than the ZA 35/2.8, but it's both cheaper and faster, a win (Sony users have long lamented the lack of a relatively compact but fast 35, the tiny but slow & pricey 35/2.8 is largely unappreciated by Sony users). The 24-70/4 again matches a Sony launch lens, but hopefully will be better than the underwhelming ZA 24-70/4. And then there's the 58/0.95. It's manual focus, it's stupidly fast and it's huge. It may just be the first Otus-beater. With the largest & shortest-register mount, IBIS included and the Z series inheriting the non-CPU lens data interface from the Nikon DSLR's, these will probably become the new standard for manual lens use. Nikon delivers 1 adapter with a stop-down lever but no screwdriver AF support, it should prove popular since Nikon has a great lineup of AF-S lenses for it. Nikon chose 1 XQD slot, again targeting the single-slot Sony mkII's, but avoids the performance slowdown inherent to the second SD slot in the D850 and D500.

Canon on the other hand played it safe on the body, delivering an overpriced & underwhelming product that will no doubt be a very competent camera. It really reminds me of the 6D's, a pair of overpriced and underwhelming FF DSLR's that nonetheless actually work pretty well for a lot of people. The EOS R is largely a mirrorless 5DIV, with a UI that's a mix of EOS DSLR and the EOS-M mirrorless line. And it introduces Canon's third current mount in R mount, leaving them with 4 mounts, each of which has a measure of EF compatibility, but little cross-compatibility (while EF-M mount supports EF and EF-S lenses via adapter, it's a dead end otherwise, with no R mount compatibility). Lenses are pretty much a 1 of each set, with a prosumer zoom (24-105/4), prosumer prime (35/1.8 IS), pro prime (50/1.2L) and ridiculous halo lens (28-70/2L). However Canon gets significant AF limitations (5fps max in AI Servo, 3fps with tracking, vs 8fps+ for Nikon and Sony) and becomes the only player without IBIS. Video is also 1.7crop for 4K, making this the worst option of the three, especially with the A7SmIII expected to drop in the next 6-8 weeks and the price is $300 more than the A7III and Z6's $2K USD. Canon chose a single UHS-II SD slot, lacking Sony's dual slot for reliability as well as Nikon's XQD speed advantage. Canon does bring 3 adapters, a cheap but fully-functional straight adapter, a second more expensive one with the control ring from the RF lenses integrated and a third with a filter holder integrated. The last should be copied by others, it's a great idea.

The end result is today I think the Sony MkIII's remain the market leaders overall. Nikon IMHO is the clear second here, with a well thought out pair and a solid lens lineup, with a clear roadmap.

Canon I think dropped the ball. Their body is in a lot of ways the least of the 3 ~$2k bodies for the most money and their lenses are pretty much a scattergun approach. While I could readily see a Nikon user buying all 3 of the Nikon lenses at launch, Canon will do well to sell 2, as most who want the fast 50 won't want the small 35 and vice versa.
Posted by Adam Maas at 13:14 No comments: