Had a scanner casualty this week, my trusty Epson Perfection 4870 finally expired after more than a decade of regular use. This has been my flatbed of choice for a long time, scanning all my Medium Format & Large Format work as well as my 35mm since my Minolta Scan Dual IV died. After a quick check online to make sure my Betterscanning.com ANR inserts and 120 holder were compatible I replaced it with a V500 at a superb price. While it's technically a lower-end scanner (the 4870's modern equivalent is  the V800) the V500's faster, has better resolution and DMax and can handle all my current needs. If I ever start shooting LF again, I'll need to look at upgrading to regain compatibility with sheet film (the 4870 could do 4x5, while the V500 does 120/220 as it's largest supported film type).

On the plus side, I acquired a very nice bit of glass, the Zeiss ZF.2 85/1.4 Planar and have been shooting with it constantly. Looking forward to seeing the first results on film in an hour or so when the first roll finishes drying. I do like it on the D90, but that's a bit of a waste as an application, due to the crop factor.

Due to a slight change in my travel scheduling for this Thanksgiving Weekend, I got some time to get out and photowalk today. I ended up shooting 4 rolls of HP5+, bringing that emulsion to 141 total rolls and exceeding my former most used film (Tri-X 400, at 139 rolls). That also brings me to 24 rolls for the year, 2 off my initial goal of 1 roll every 2 weeks, or 26 rolls total. The next goal is 46 rolls, matching my 35mm usage in 2012.

This gave me a chance to work out the FG a little more, about half my shooting today was with the FG, I pretty much left the 28/3.5 on it and my 50/1.8 on either the N6000 or the EM. I was burning a roll on the N6000 so I could reload it with some colour film and after that was done pretty much stuck to using the FG & EM, swapping bodies as I wanted the lens mounted. It's just quicker to swap between two small bodies that to switch between two lenses on the same body and the EM makes a nice second body when shooting with the FG (and they take all the same accessories too, a nice bonus). I'm liking the FG, it actually reminds me of the X-700 a lot, just about every aspect of the X-700 that I really liked is duplicated in the FG. The only missing items are an AE-lock (and the FG has the 2-stop backlight button) and DoF preview (which I never used much). Kinda funny that the X-700 was the flasghip Minolta while the FG was a bargain-basement Nikon yet they are pretty much identical in capability.

Unfortunately, I also discovered today what has happened to film prices in the last 4-5 years. They've doubled for colour film, and gone up even more than that for B&W. I used to pay $56 for a 100' roll of Tri-X, it's $226 now. Per roll used to be $4 or so, now it's just over $12 (yep, the $5 in savings between 18 rolls of TX400 and a bulk roll make buying bulk pointless now). I guess it's too be expected as the non-serious film shooter has pretty much disappeared and they kept the prices low for the serious shooter. But on the good side, my local store, which used to be Fuji/Kodak/Ilford only, is now carrying at least two other options for B&W Film (Rollei/Agfa and Japan Camera Hunter) and is also selling imported Japanese Fuji stocks (Natura in particular). Cost is up, but so is selection again. 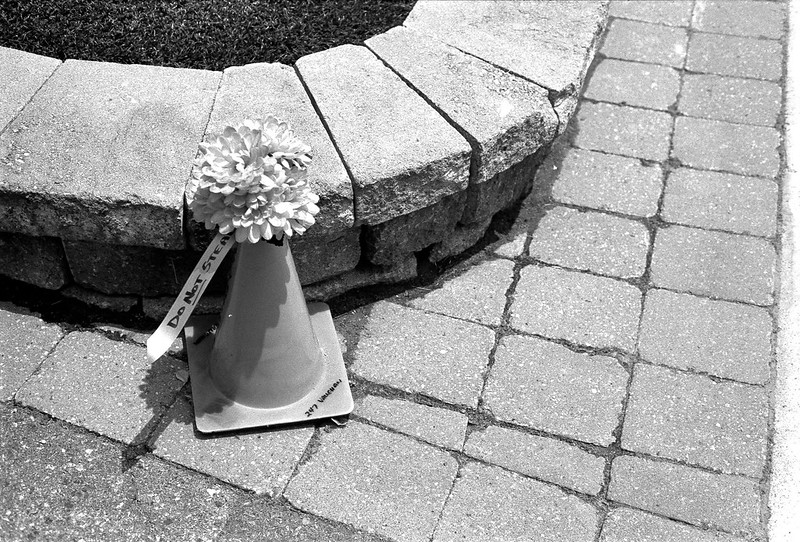 I find film occupying more and more of my interest these days, so I'm expecting to see the rollcount start growing again now that the things that have been occupying my attention for the last 6 weeks should be resolved. I expect to break 26 rolls without issues this month, and 52 for the year is not out of reach at all. Heck, I might even shoot a little colour film.