Second Outing with the OM-1 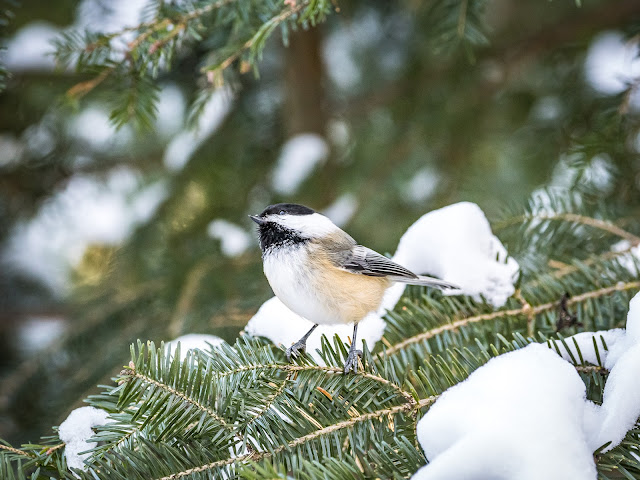 OM-1, 40-150 f4 Pro
It took long enough, but I finally managed to get out and shooting last week after being essentially stuck around home since early November for various reasons.
I got a little greedy with my plans, intending to chase a sunrise and sunset as well as do some hiking. I got the sunrise and half the planned hiking before realizing I was too tired to continue without a nap, and was not properly equipped to be napping in the truck in the winter.
I got up along Highway 522 before dawn and chased the sunrise from a little before Loring to Golden Valley, then some golden hour shots on 522 east then 534 until I made it to Callander mid-morning where I stopped for an easy hike of a decent distance, ~5km on the Cranberry Trail. After that I drove up to North Bay for lunch, then east to Corbeil and started south. Somewhere south of Corbeil I decided that the right choice was to head homewards rather than stopping and napping before another hike and/or a sunset attempt. I've simply been so inactive since the summer for various reasons that I need to build back up to these long days if I'm going to be hiking and trying for sunrise/sunset on the same trip.
Photographically, I came home with a ton of images, 951 to be exact. That is in large part because I encountered Chickadees and feeding stations on the Cranberry Trail and decided to try out a few OM-1 features I'd never played with, namely ProCapture, the SH2 drive mode and Bird Tracking AF.
ProCapture is a pre-shooting experience, it starts recording images when you half-press the shutter and writes the current buffer when you full press. This allows you to control the end of the burst instead of the beginning and therefore force a write the moment after the moment you wanted to capture, and still get the shot. It's also a guaranteed way to come home with a full card.
SH2 drive mode is the fastest full-AF/AE drive mode on the OM-1 (SH1 is twice as fast, but AF/AE lock on half-press). With my 40-150 f4, SH2 operates at 25fps, but it can go to 50fps with a supported lens. Between those two features, I managed to shoot around 700 shots alone.
Bird Tracking AF is exactly what it sounds like, an automated subject recognition mode for birds. The OM-1 has several such modes, although confusingly eye detect AF for people is a completely different AF tracking mode. OMDS does need to sort out the control system for these modes, they're too time consuming to switch between unless you put them on a Custom menu slot.
Being a newbie to bird photography I also made one big mistake, I left the camera in Aperture Priority mode, which meant my shutter speed stayed WAY too low for small, fast moving birds, at 1/320 vs the 1/2000 or so I actually needed. I have a bunch of nicely focused blurs from whenever the birds took off. I did figure out my mistake afterwards and now C4 on my mode dial is Bird mode. Maybe next time I'll get 700+ usable shots instead of a lot of motion blur.
In terms of landscape, I definitely did better, although my route wasn't as scenic as I'd hoped. Just a lot of tree-lined rural highway with a handful of really nice winter morning views. I'm pretty happy with what I came home with, but also want some more soon. Might have to go up east of Algonquin, I haven't done that in the winter in a couple years.
Posted by Adam Maas at 17:14 No comments: 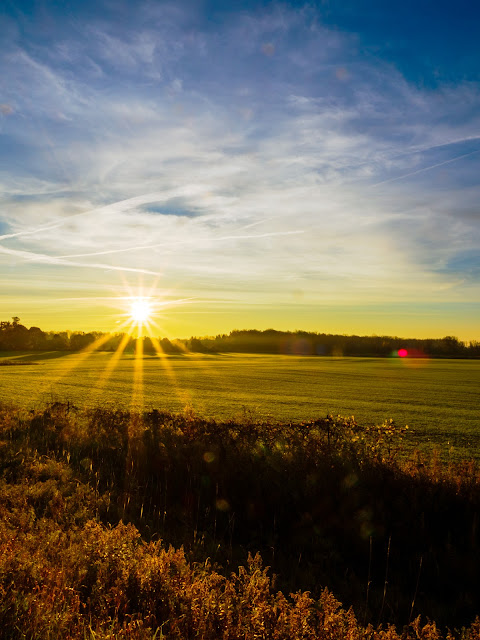 OM-1, m.Zuiko Pro 12-40mm f2.8 II
2022 was a bit of a study in opposites for  me. While I didn't take that many photos, at 4093 for the year, I think I produced some of my best work ever, most notably the work from my trip to Algonquin Park in February and from Eastern Ontario in early November. The image above is from the latter trip. and the one below from the former. 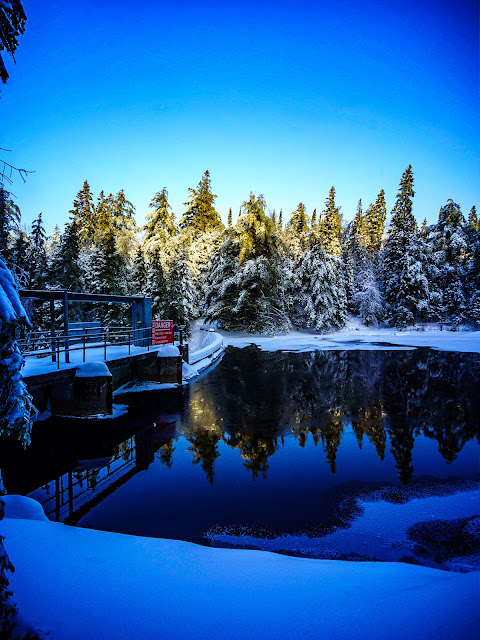 In terms of photographic outings, I really struggled. Not so much with motivation as with life getting in the way of any real excursions. Simply put, I had a lot going on this year between work and health (both mine and my partner's) and I either simply didn't have the time for a proper photography outing, didn't have the energy or couldn't be far from the city. That meant a lot of RC flying and not much photography.

Photography in and around my home struggled for different reasons. Simply put, I do a lot of macro and near macro work when shooting like this and Sony's lenses don't match up well to how I do that, with poor MFD on pretty much all the zoom options. It's the same basic issue I had with Nikon Z for that work, although I at least had the Laowa 15mm f4 Macro to partially make up for it.

This leads to an interesting observation. Going back to m43 from Sony is the second time I have switched systems because of the 12-40 Pro. My experience with that lens, it's excellent optics and remarkable close focus performance was a big reason why I went all-in on m43 in 2021 and sold the Z5. My memories of that lens and struggles with close focus work on Sony was a major reason why I went back to m43 in October 2022. I found the FE28-60 to be a remarkable little lens, but I missed the close focus of the 12-40 and most importantly, across all the Sony system there simply wasn't a comparable mid-range zoom for close focus work. The takeaway here? Unless I have a direct replacement for the 12-40 in terms of optical performance and close-focus, I shouldn't even look at alternate systems. I'll just end up going back to m43.

To be honest, I never was unhappy with the A7RIV, if I'd been able to find an acceptable and full replacement for the 12-40, ie small, sharp and great close focus, I would still be shooting the A7RIV. It actually got a ton of use, but as a webcam, not a stills camera.

I had a couple minor annoyances with it, mostly the LCD articulation, and I never really trusted it in tough weather conditions, but that really was it. The challenge here is the classic FF one, the good normal zooms are big or short-ranged and MFD on zooms sucks compared to m43.

Goal 2 - Go out to do photography in some way every week. I'd failed this pretty much in a month from setting the goal. WAY too much hermiting up in 2022, for good reasons but it did cause a fail here.

Goal 3 - Get my Like to Post ratio up to 70% on Fred Miranda - Also failed, although I have steadily improved the ratio, it's currently 55.8%, up from under 52% when I set the goal. This was way too high a bar for the math to work unless I produced a ridiculous amount of work.

Goal 2 - At least two major photographic outings every quarter. I think this is more realistic than the 'shoot something every week' in case I hermit up again. This also accounts better for the two big dead zones for me (spring from melt to first bloom and fall from leaf fall to first snow).

Goal 3 - Get my Like to Post ratio up to 60% on Fred Miranda. Same basic goal, but a more realistic bar. Given that the m43 forum is much less watched than the Sony one I need to be more realistic, I get more Sony likes than m43 simply because people are actually reading the image threads.
Posted by Adam Maas at 19:18 No comments: