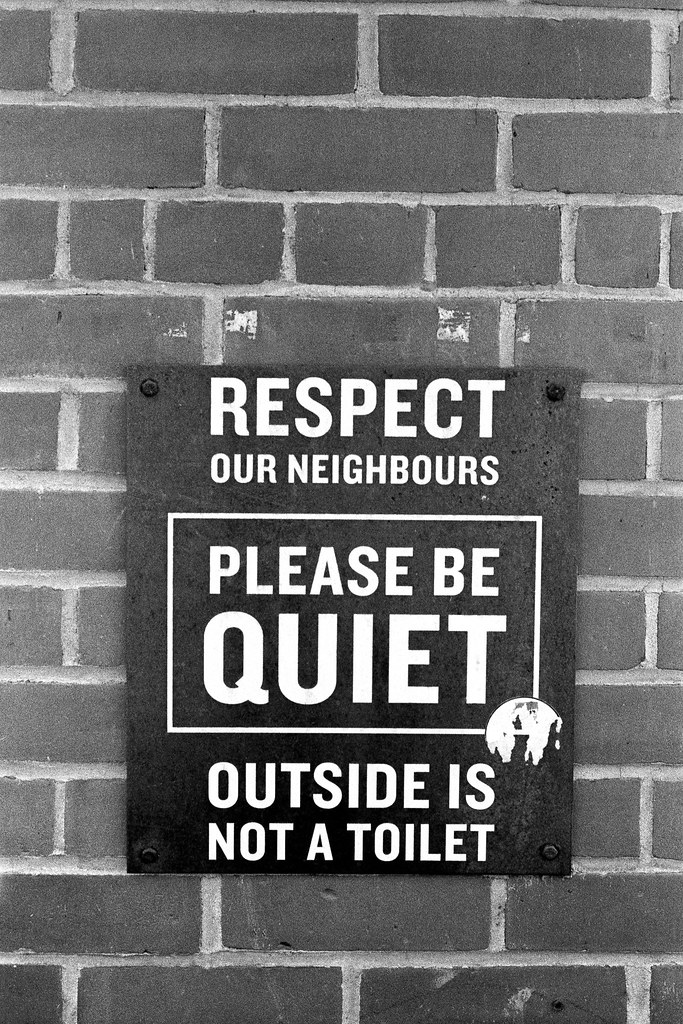 Finished roll number sixteen of 2016 this morning, tying my count for 2014 and the highest number of rolls I've shot from 2013 on. It was a roll of HP5+ through my EM.

I've also sold the X-700. Great camera, but Minolta isn't where I want to go. I've finally made a call on direction, I'm going all-in on Nikon again. The system just works for me for the most part. not perfect but more than acceptable.

I'm most likely going to put together a pretty similar system to what I had before getting the D700 a couple years ago. I really don't need much. So I traded off the G3 for a D90. That gives me a body to play with on the Nikon side for now. 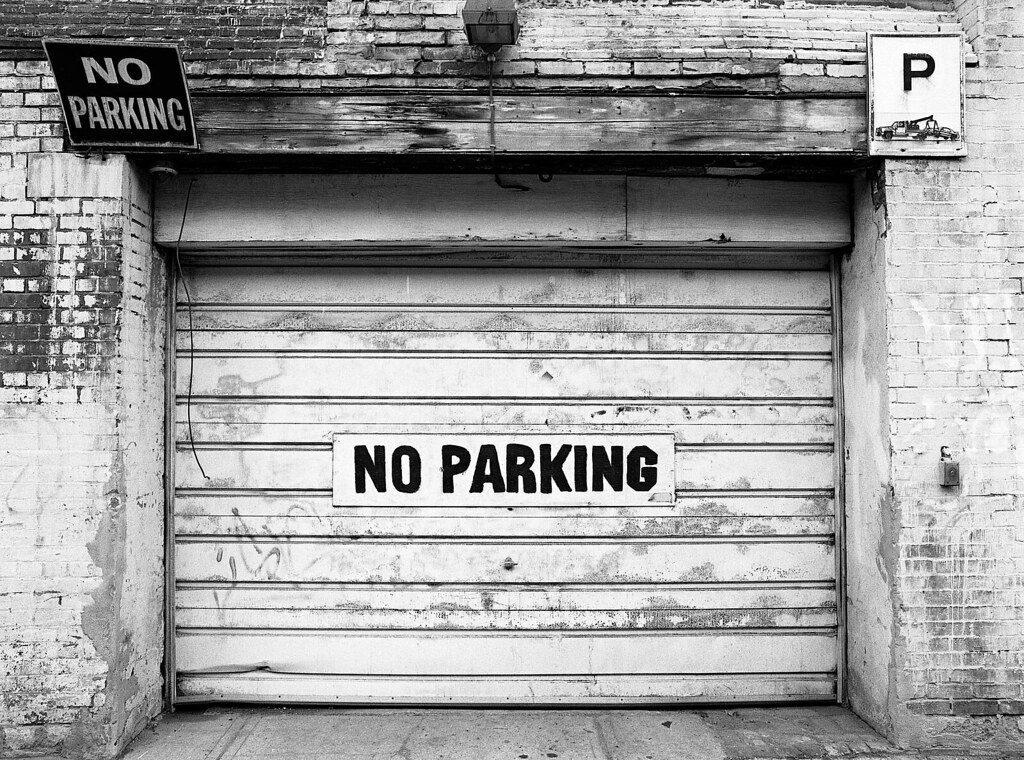 This is the sort of urban geographic shot that I love taking. There's a range of tones and textures all over the shot and all unique to the city. These sorts of small scenes just fascinate me endlessly.

Ode to the EM 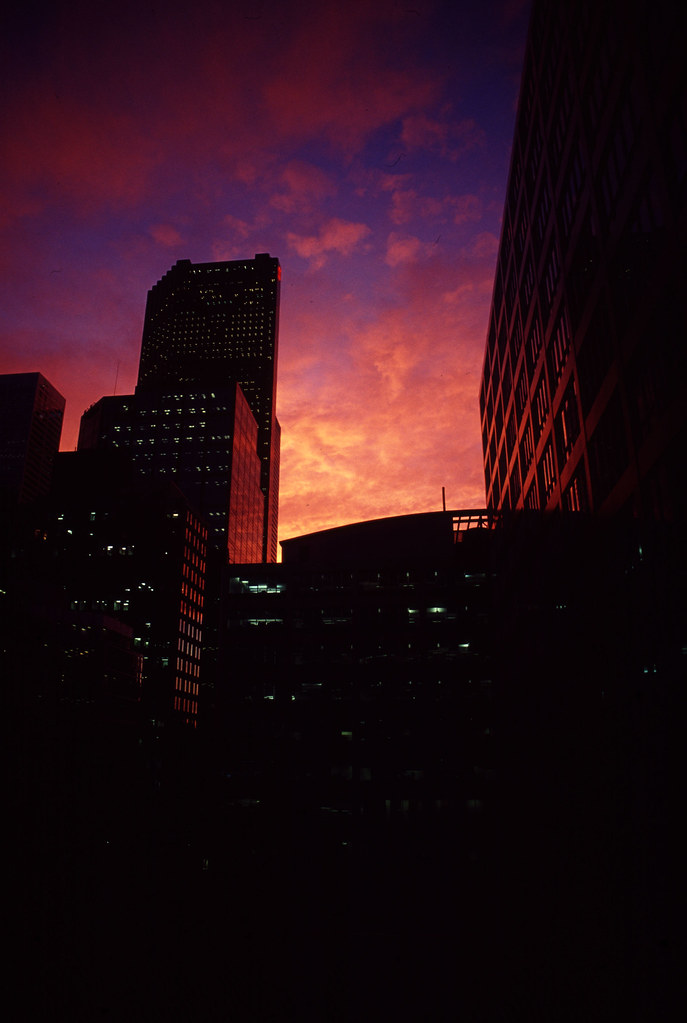 If the Nikon FM2n is my all-time favourite camera, the EM is my favourite cheap SLR (yes, even more so than the Cosina SLR's which I love).

The EM will always have an opening in my bag, especially if paired with a 35/2.5 or 50/1.8 Series E. It's too cheap and too fun not to. It's simply the camera I chose as a car/desk camera to always have around.

If you shoot Nikon MF, grab one. You'll only be out $25 or so (my average purchase price, current one was free as a rear lens cap). Throw some cheap film through it and have fun.
Posted by Adam Maas at 10:20 No comments: 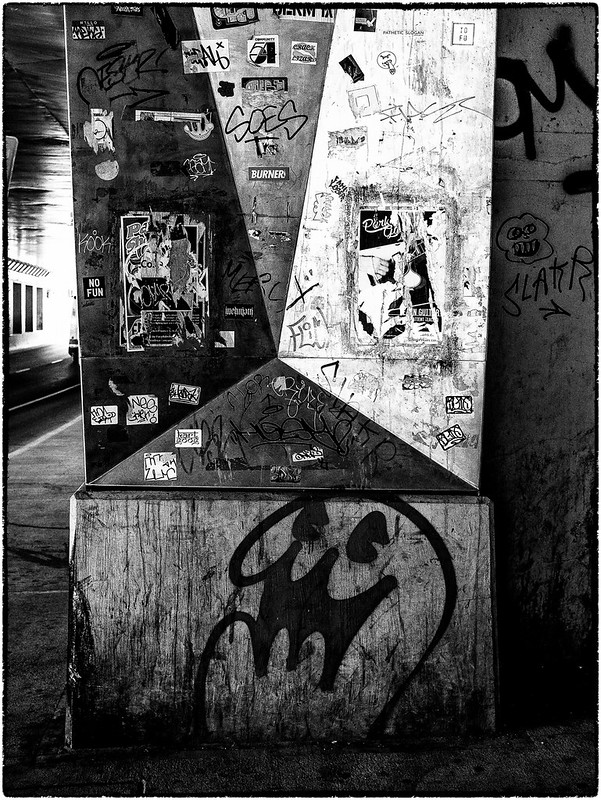 It's been a couple weeks since my last post, and yes, I have been shooting. I've been pushing myself to do more walking and it's been helping with my shooting as well.

I like carrying a pretty minimalist kit when walking, a body and a normal is usually enough. This typically ends up being either the GX7 and the 25/1.8 or the X-700 and the 45/2. Even better is a mild wide in the pocket, and maybe a short tele. I don't have that full setup yet with either kit, but in both cases I'm a single $200-ish lens away. I do need to round out both kits.

I also need to get out of the city and do some hiking. This summer has had me out of the city a fair bit, but only for rc flying, not for photography or hiking. I need to change that. This weekend is in fact a good possibility, being too windy to fly, but also looking good weather-wise. Time to find a destination.
Posted by Adam Maas at 09:33 No comments: