The End of the Break 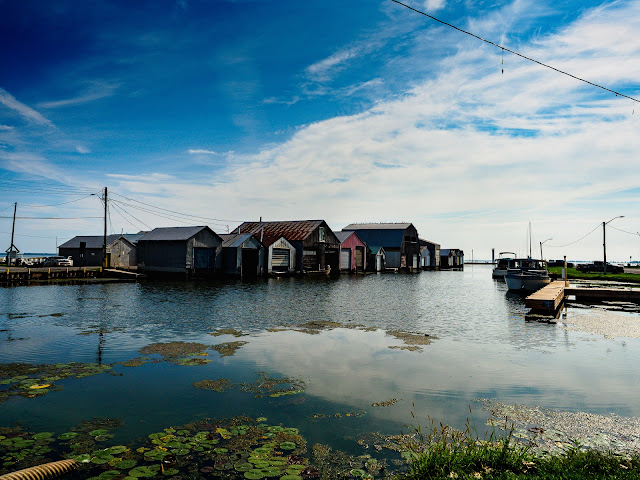 E-M5.2, 12-40 Pro
I pretty much took July and August off as a break, even stopping uploads to Flickr from the Archives for much of this period.
There were a few reasons for this. Part of it was just general burnout. I hermited up in general over this period, as I just didn't want to go anywhere or deal with people.
The Forester had to be on limited use for a month of it while I waited for my 100k km service appointment, as it had a really bad rattle going on around 1500rpm and I did not want to risk pushing it, plus I did not want to go over 100k without getting the service and I had to wait over 3 weeks for the nearest appointment at the shop. Turned out the rattle was the minor 'Subaru Rattle' that I expected, ie a loose heatshield, but the alternative was potentially major.
The weather also sucked, I do not like really humid hot weather and it was exactly that for this period.
Once the Forester got cleared, I ended up with a new blocker, namely I'd decided that after 6.5 years the Forester was just no longer the right vehicle for me, so I traded it in on a new vehicle and one that's much more adventure focused, namely a 4WD Crew Cab pickup with an offroad package, which I picked Sept 1st.
I'd looked hard at modifying the Forester for Overlanding-type usage and while doable, it just would require too much money and too many compromises to get what I wanted, and I would make the Forester's two biggest weaknesses worse, namely the lack of power when pushed and the seating/cargo tradeoffs (the Fozzie hauls stuff or people, not both). As I don't daily drive to work anymore, the fuel efficiency of the Forester is less of an benefit and it's relatively high maintenance costs were going to get worse as I passed 100,000km and started to look at really expensive service intervals every 20k, instead of just moderately expensive service intervals every 20k.
That ended up taking me through the end of August with no outings since late July. 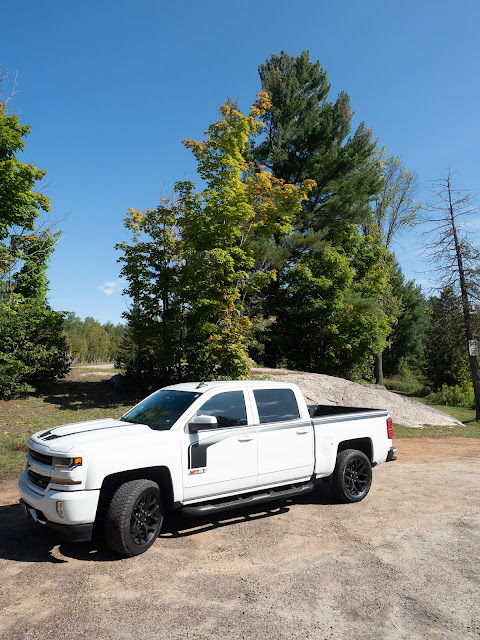 E-M5.2, 12-40 Pro
I did kick off September with a bang, with an 800km road trip up to Barry's Bay, then west on 60 and 169 to Bala, south-west to the 400 and home. Did a decent amount of photography but only a bit of hiking as it was really the first adventure with the Big White Truck. The truck photo is from Highway 62 near Maple Leaf, ON. The truck did very well, averaging 9.7L/100km and with 200km of range left over from a full tank. I did fill up mid trip to be safe, but with less than 80L of fuel burn on a 98L tank, that was well within my range, which it would not have been with the Subaru, which would have burned 60L or so of fuel on the same trip on a 60L tank. While I've got some great mileage from the Forester (6.5L/100KM is quite achievable on road trips in Southern Ontario), it did much worse in the hilly Highlands and Northern Ontario as that 2.5L engine just wheezed on the uphills. I'd occasionally outright run out of power, with the pedal floored on a steeper climb at highway speed even running light. The BWT doesn't even blink, unsurprising with the far more powerful 5.3L V8. And if I ever need more power, the BWT has a ton of aftermarket that can add significant power, while the Subaru's limited aftermarket can't add any real power to the 2.5L engine, it's pretty much at its limit now (Subaru's Turbo 2.0 and 2.4 can be tuned, but the non-Turbo 2.5 can't really)
Since then, I also did a Saturday Morning meander along the Lakefront Trail on the shore of Lake Erie, as part of a road trip to Tillsonburg to visit family. The top photo is from the harbour at Port Burwell, the end of that meander.
I'm on Vacation next week, so Fall Colour is on the menu. Not sure where yet, I have a couple destinations I want to hit over the week, including one I was always hesitant to go to with the Forester due to the rough dirt road.

Expect to see some Overland-related content here as I go forward, the journey is as much of the fun as the images I come back with and I now have a vehicle that can be setup to take me to places that were inaccessible with the Forester, at least running Solo as I so often do.