A Few Notes of No Particular Relevance

Really shouldn't have sold that lens. Right call at the time, but 6 months later I'd rather have the lens than the body I got for it (which I sold off to put together the down payment for my new car).

Yes Virginia, Rodinal Does Expire. I recently fell victim to what I'd thought was fixer expiry, supported by the fact that the remainder of my fixer concentrate was completely separated into some liquid and a lot of white goo. Turns out my bottle of Rodinal was shuffling off its mortal coil. Note it may have a shelf life measured in decades when sealed, but unsealed it looks more like 5 years. Still pretty damned good. Losses were two rolls of HP5+, completely ruined and 3 rolls of Neopan 100SS, just very thin. Thankfully I'd used stand development for the Neopan, which saved those rolls.

I need a better scanning solution. After years using dedicated 35mm scanners, a flatbed, even with ANR inserts, just does not stack up. Scans are barely acceptable for web use, totally not up to printing. Not going to do anything yet, we'll see how much use the F3 gets in the next couple of months and make the call then. I'm not going to spend the price of a good dedicated scanner unless I'll get some real use out of it. I did well with the Minolta's (both of which lasted 650+ rolls, closer to 1k for the SDIV) but I'd be hesitant to buy another due to age and the alternate option, a used Coolscan IV, V, 4000 or 5000ED ranges from expensive (IV/V) to ridiculous (5000 ED) although I do drool over the full-roll fitting which would massively reduce scanning annoyance.
Posted by Adam Maas at 16:46 No comments:

Back after a Break 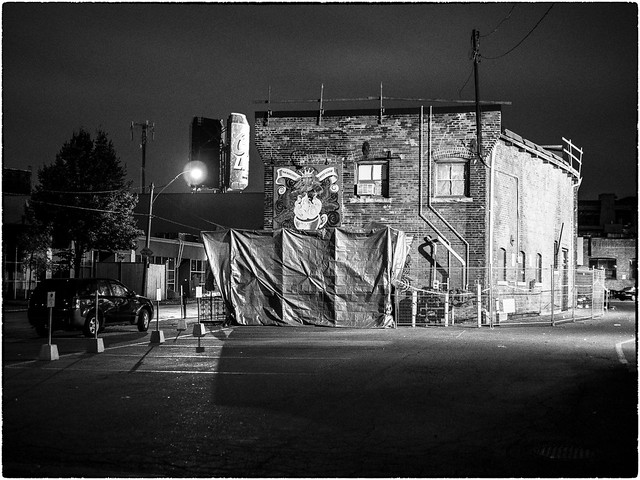 It's been a couple months since I've posted and nearly no shooting has occurred. That's mostly because of the weather, late winter/early spring is dead zone for me from a photographic standpoint, being especially dreary & grey here in Toronto, not exactly a photographic wonderland. The end result is almost no shooting from me. November is usually the same for the same reasons.

Naturally, I've also had another gear shuffle. I've essentially decided that for now APS-C is where I'll be for Digital work. I'd sold the D700 and D200, along with the FE (just never got along with FE's) and some minor incidentals and snagged another X-A1 kit and the XF 18/2 R, probably my favourite lens from the last go at Fuji. I'd kept the D3200, 35/1.8DX and 50/1.8G with the view of using the X-A1 for light carry and getting a D7x00 body for more serious shooting, but a non-camera expense led to selling off the Nikon stuff leaving me with just the X-A1, my two X mount lenses (the 18/2 and the kit 16-50 OIS) and some Nikon manual focus lenses (well, I also have access to a trio of Nikon AF lenses that don't belong to me, including the 16-85VR I've always been fond of). Since this occurred in late February/early March not much changed, I'm still on the fence about a higher-end digital kit and the X-A1 handles basic needs just fine.

I'd also been pondering film again. I just rather like shooting film cameras, even if the post process is a pain. Because of this, I recently decided I was going to pick up another manual film body, likely an FM2, and a couple primes to round out my system and shoot with that for a bit. What ended up happening instead is I tripped over a superb deal on an F3 and a 35/2 AI and went that way instead. I've owned the F3 before and do like them aside from the terrible metering display. I expect the F3, 35 and 100/2.8 Series E will become my go-to shooting kit for a while.

Essentially I've gone with the Fuck It All option I've described previously, only choosing the F3 over the FM2n. This isn't because there was anything wrong with the D700, just because I don't see myself spending the cash necessary to build the lens kit which a modern FX body needs to make it worth owning over a DX/APS-C setup.
Posted by Adam Maas at 19:27 No comments: