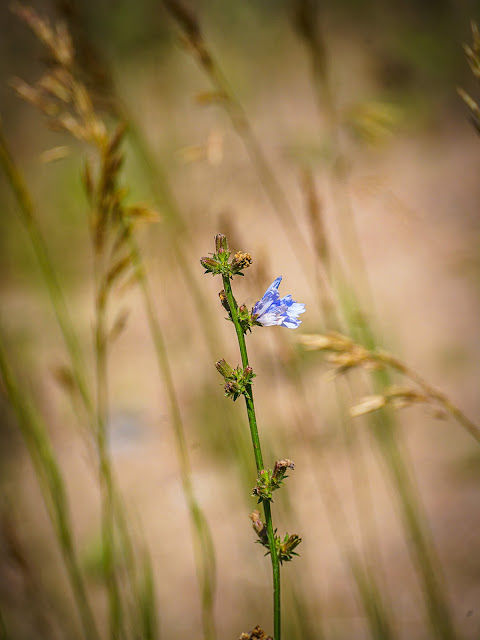 Yesterday was a good day. I left just after 7AM and headed eastwards on the 401. Jumped off the 401 onto the backroads midway between Belleville and Napanee, headed to Buttermilk Falls, which is a neat little spot, quite pretty, then went north on 41 to Denbigh, west on 28 to Hardwood Lake, then peeled off onto backroads and went north by north east to Killaloe on 60. West to Barry's Bay , southwest on Siberia Rd and Panineau Lake road until I met up with 62, crossed and went down Boulter Rd to McArthur's Mills where I met up with 28 again and headed west through Bancroft to Paudash, where I turned onto 118 and drove up to Tory Hill, then south on 503 to Kinmount with a brief stop at Furnace Falls, West on 45 to Hwy 35, south through Coboconk to the turnoff for 8, west to 12, south to 48 and home. Got home a little after 9pm, for a 14 hour day.

All in all, about 800Km though some of the prettiest country southeast of Algonquin Park.

I stopped regularly for photography, with the last stop at McArthur's Mills. Furnace Falls was a washout as there were folks picnicking right where I wanted to setup and rather than bother them, I just had a break then headed onwards. Ended up with 229 shots, although most were 3 shot brackets (my standard when shooting landscape).

I also stopped to assist some stranded motorists on 503, they had a blowout and didn't know how to change a tire. Got them sorted and on their way and headed onwards. That does remind me that I do need to start putting together a recovery kit for the BWT, their situation could easily have required a pull (they were on the soft shoulder, luckily not soft enough for their car to get stuck and need a pull out).

Driving like this is a major stress relief for me, at least once I get off the major highways. There's nothing like the calm of an open road to carry my troubles away. Yesterday was mostly about this, although Photography was also part of it. I deliberately didn't do any hiking though, that's for another time.

In terms of photography, I came home with a bunch of river/wetlands shots. I do love shooting these subjects and they do well in regular daylight, at least before noon and after 3-4pm.

I'm still thoroughly enjoying the A7RIV, the more I shoot it, the more I find it just fits. It really doesn't get in my way and aside from the LCD articulation and function lockouts when writing files, there's just not much wrong with it. And the files are amazing. I'm closing in on 3k shots on it, and it's just doing the job without complaint.

I need to get out more, especially for golden hour shooting. The work from that Algonquin outing last February remains the absolute best work I've shot. If I want to produce more work of that level, I need to be there when the light is that good.
Posted by Adam Maas at 10:53