First Real Outing with the OM-1 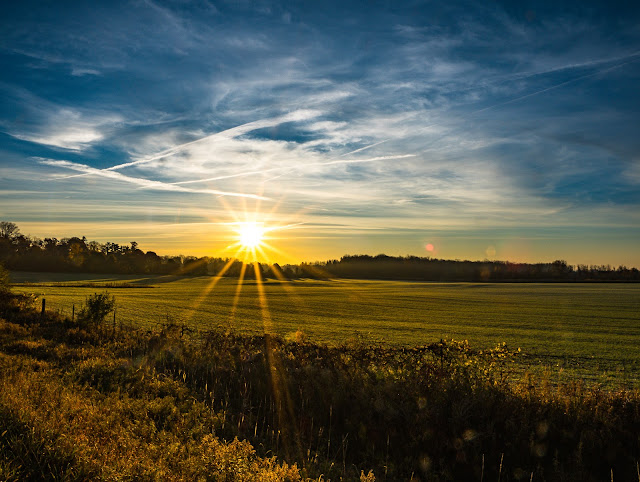 First off, I didn’t realize that I actually bought my OM-1 on OM System Day, OMDS’s apparently annual celebration of the OM System on October 27th. Just a neat coincidence.

One of the things that made me seriously reconsider sticking with Sony was Nick Page’s recent musings about his experience with his A7RIV’s robustness in difficult conditions, as well as quality of life items. He’s currently testing out an EOS R5 system as his A7RIV is pretty much dead from sealing-related failures and he doesn’t see a major upgrade on this aspect for the A7RV. Given I never quite trusted the Sony body in this aspect, I tend to agree with him here and I also wonder if in the back of my mind a lack of trust in the robustness of the body was been an inhibitor for me in getting out more with the A7RIV. Nick noted that for all the pre-release content for the A7RV, there was a serious lack of Landscape shooters involved in the launch and postulated that this group had increasingly left the A7R series behind because of a lack of robustness in the field.

Getting back to my actual shooting, I shot around 350 shots yesterday with the OM-1, all over Eastern Ontario. Got both a sunrise and sunset, I do like fall and winter for making that practical without noon naps. Sunrise was in Cobourg and Sunset near Portland, ON on Big Rideau Lake. The shot above was on Highway 2A east of Cobourg as I made my way towards the Bay of Quinte and the Loyalist Parkway.

I tested out LiveND mode, got High-Res (regular, not Hand-Held), HDR and AE bracketing all sorted the way I wanted and just played with the camera a fair bit. Overall the first impressions were decidedly positive, with minimal fighting of the camera once I figured out that LiveND mode required the camera to be set to M mode (in true Olympus fashion, it told me clearly I was in the wrong Shooting Mode, but skipped the ‘set to M mode’ info I needed). I do wish that bracketing modes could stack with computational modes though, especially High-Res, as I do want to bracket those when possible.

LiveND works very well on a tripod, but is not really a handheld mode right now unless you have a 12-100IS, because you NEED SyncIS to be able to viably handhold these exposures. The IBIS is really good on the OM-1, but it’s not ‘reliable 2S exposure’ good without SyncIS. Note SyncIS is the linked IBIS+Lens IS mode available on mostOlympus IS lenses (pretty much any Oly/OMDS IS lens except the 100-400), however there’s only one wider lens with IS, the 12-100, all the others currently are long telephotos. The other thing I found with LiveND is the results don’t HDR stack well, although I suspect that’s a Lightroom limitation more than anything else, it’s not handling in-frame blur well.

The other modes worked as expected. I was happy to figure out that AE bracketing was burst by default (what I prefer), which makes bracketing wildly easier than on the A7RIV. Push a button, get the burst. Hold down the button to change settings. That beats the already good Sony experience of selecting a drive mode (from the approximately 672 drive modes available, on Sony practically everything is a drive mode), drilling down if you want to change the settings, then confirming and shooting. The Sony experience is better than it sounds, the OM-1 is literally press a button and shoot, allowing me to switch back and forth instantly. I had no idea life could be this good (I don’t think that was possibly on my older bodies, aside from maybe the E-M1.2 which I had only briefly). The E-M5.2 let me select HDR this way, but not AE IIRC, although I could just have never figured it out.

I’ve actually assigned specific buttons to each of the 4 main functions I use (AE bracketing, HDR, High-Res and LiveND). Two are on the front (HDR and LiveND) and two on the top (AE Bracketing on the +/- button, as I put Exposure Comp on a dial for AE modes, HR on the Movie button which I essentially never use).

The much hyped Menu update both is and isn’t a big deal. It’s cleaner for sure and super easy to navigate, but the excessive use of obtuse iconography to reduce the need to localize, the often lousy descriptions and the lack of any real touch integration all rankle a bit. I haven’t found the 1 fish/3 fish setting yet…. It’s pretty, but some language improvements and adding real touch integration would be nice. On the flip side the command dials are really well integrated, which makes using the menu extremely fast once you figure out that the front dial pages though categories and the back dial between tabs in each category.

Otherwise I really do like the camera overall. I would have swapped Delete/Play and Menu/Monitor though, the left side of the body is over-supplied with buttons that I’d like the option of triggering one-handed.

Card performance is excellent, I was never waiting unlike on the A7RIV, although file sizes are also about 1/4 of the A7RIV sizes which simplifies things and makes my high-end UHS-1 cards more viable and largely eliminates the need for UHS-II cards unless you are shooting high-end video or action/wildlife. There probably will be a 128GB UHS-II V90 card in my future at some point though, just to make 4K video and 50fps continuous modes viable.

The OM-1 EVF is remarkably better than the A7RIV, despite the specs being almost identical. Chalk that up to Sony’s generally poor EVF implementations, they almost always end up with the worst results from a given panel. However it’s not blackout free unless you are using the high-speed drive modes (20+fps), even with electronic shutter enabled there’s blackout at low drive speeds.

Other little things: The grip is a nicer shape than the A7RIV, I still prefer the left-side lens release of Nikon/Canon/m43 over the right lower release of E, X and K mounts. The selectable lock for the mode dial is nice, I still don’t like the left-side power switch that dates back to the film OM’s, but Quick Sleep makes up for that, I just don’t have to flip the power switch anywhere near as much on the OM-1 as I did on older bodies (aside from the E-M1.2 which had Quick Sleep too). Battery is huge (both physically and in capacity) and charges fast on USB-C PD so long as your adapter does 27+W, that almost makes up for no included charger. It’s  nice to have flip/twist back. I still need to sort my focus assist setup. Probably going to drop the HDR mode for peaking on a button. I still don’t know why OMDS just doesn’t allow you to have Peaking always on when in MF mode rather than tying it to a button or focus ring movement.