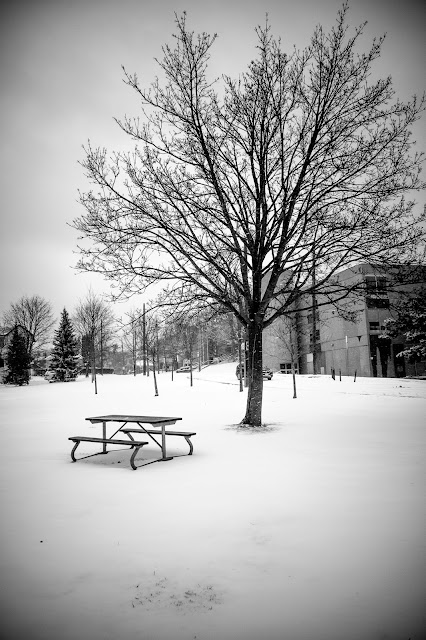 I traditionally set 3 goals for myself. One for volume, one for getting out to shoot and one for engagement. I'm going to do the same this year, but I'm taking a different approach than I have in the past.

For my first goal, volume, last year I set it at 10,000 images. I beat that by over 20%. Volume is really not valuable in and of itself, it's merely a push to get out and shoot. But this year I'm going to do it differently. I want to break the 10,000 frame mark with a single camera. That's not 10,000 new frames in 2021, but rather just rolling over the all-time 10,000 frame mark with that specific body. That would be easiest with the X-T2 as it's already at 4300 frames, but the D300 and X-T1 are possibles also (both bodies have shot a couple thousand frames already). The reason for calling out specific bodies is that I've owned 2 other D300's (for somewhere north of 15,000 frames shot total) and another X-T1. The goal here is to try and reduce my tendency to chase the dragon with bodies. I'm not setting aside the possibility of adding or replacing bodies, just giving myself an incentive to get out and shoot steadily with bodies I already have, and hopefully get a few more bodies over that 1 year of ownership mark. The D300 has set an ownership record for digital bodies for me, I've owned it for 3-4 years now, long enough that I don't remember when I got it, just what I paid ($20 and an FM10).

The second goal is for getting out to shoot. I've done this as numbers of new locations and numbers of trips in the past, typically 6-12 outings. This year I'm simply going to say 'get out of the house and shoot something every week'. The COVID situation makes any other goal too hard to predict. So I'm going with volume of outings, but also with a very easy mark to meet, as a walk to the grocery with my camera will suffice.

The third one has traditionally been 'post to Flickr every day and try and build views'. This year I'm ignore Flickr in terms of goals, although I'm not planning on drawing down my activity there. For this year my goal is to post to Instagram every time I go out specifically to photograph. So not necessarily going to the grocery, but if I go out specifically with the camera, there will be a post. I'd like to build my IG presence and I need to be active to do that.