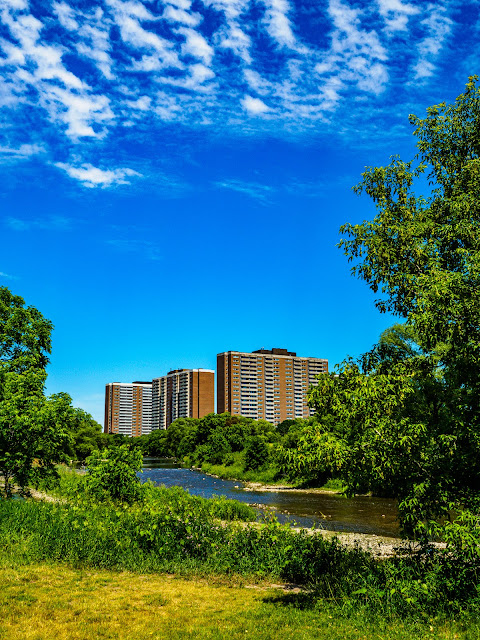 E-M5.2, m.Zuiko 17/1.8
With fall well along now, I find myself suffering from a bout of GAS, aka Gear Acquisition Syndrome.
This has been the general bane of my existence for years. No matter what I have, I always want something different. I’ve often referred to my particular brand of GAS as ‘Chasing the Dragon’, because I keep switching systems to get something ‘Better’, which has led to an almost endless round of Nikon->m43->Sony->Nikon switching, with Fuji and Pentax stuffed in there occasionally.
The challenge for me is that each system fits me adequately, but not perfectly and each brings something to the table.
Olympus/m43 brings small, good selection of options, good ergonomics and really good IBIS (good enough for me to find it useful)
Nikon brings great ergonomics and IQ, but somewhat limited selection and a lack of customizability (speaking Z here, I’m not going back to DSLR’s). Oh and great EVF’s for the money.
Sony brings selection. All the cool/odd/cheap lenses, the best 3rd party support, etc.
Plus my partner shoots Sony these days, and still has some m43. My small film kit is also Nikon (all manual focus stuff).
I’ve not bought any gear in months, since I got the E-M1 in late June. That’s something of a record for me when I’ve actually been shooting, and I have at least at the beginning and end of that period. I did take some time off from serious shooting though, as I discussed in my last post.
The challenge now is I keep looking at all the neat stuff available for E mount, and find myself wanting another Sony. However I also remember some of the frustrations I’d be dealing with, especially with screen articulation (tilt only), which is an area where I’ve simply become so accustomed to increased flexibility that I’d have issues giving it up. I probably would have kept the Z5 if it had been flip/twist or even dual-tilt (and it looks like the Z9 will be dual-tilt like the Fuji’s, hopefully that will come down to the lower end Z’s as they refresh)

I think I will be getting another body soon. But I’m going to try and do the right thing and get another m43 body, ideally an E-M1.2/3, but I might try a G9 as an alternative, the pricing is really good on them right now, enough so that it could outweigh the software features that Oly would give me by going E-M1.2/3

I still really do feel an attraction to shooting Full Frame though. Not sure how that will play out long term. But I could see also buying a cheap Z7 at some point just to play with. They seem to be dropping nicely in price. While I definitely am attracted to the Sony system, I’m just not that interested in the bodies that I could realistically get at the moment.