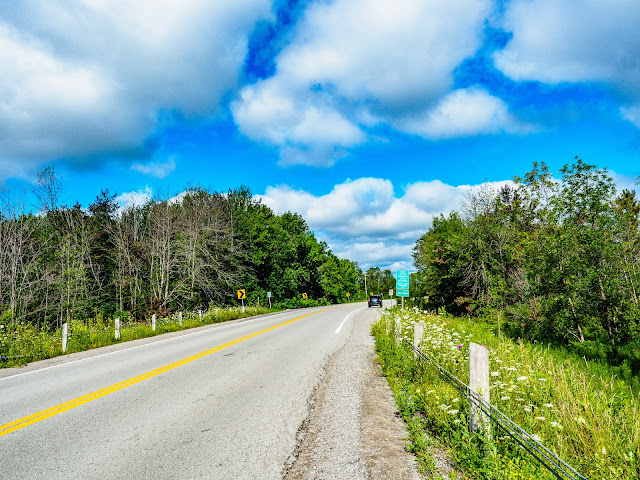 E-M5.2, 12-40 Pro
Sony kicked things off last week with the A7IV, a significant update of their aging A7III. It gets the new body design from the A7SIII, the new processor platform, CFE-A support on slot 1, lossless RAW compression, all the new AF algorithms from the A1 and a new and promising 33MP sensor, but also gets a 25% price increase (to $2500USD/$3200CAD) and it's now limited to 6fps or lower in Uncompressed or Lossless Compressed RAW (the A7III did 10fps in Uncompressed, but didn't offer Lossless). Oh, and a flip/twist LCD. The sensor readout speed stays the same, so AF is not on the level of the A9 or A1 series, but it has a real touch UI, not the spec-sheet only touch of the A7III, and the UI responsiveness is increased to be actually comparable to a Nikon or Canon body.
I'm ambivalent on this. On paper it's perfect for my uses as it's very much the sort of balanced camera that I like, not too much MP, but enough to be a boost over 24MP, enough speed and the flip/twist LCD. The problem is I can now get a good high-MP camera for the same or less money and with current card prices, extra MP isn't really a downside. At the previous model's intro pricing this would have been a winner, but I just struggle to justify the price jump for a body that actually has more tradeoffs compared to the higher-end bodies than its predecessor did, even if the A7IV is a big upgrade over the aging A7III.

OMDS and Panasonic had big events advertised for today, both of which underwhelmed. OMDS announced they're dropping the Olympus branding in favour of OM System, a new slogan and a lot of clear focus on adventure photography. It's very clear where they're going and it's the right focus. But no lens announcements and only vague words about the upcoming 'wow' body that they've been hinting at in interviews.

Panasonic did even less. They had the 20th anniversary of the Lumix brand, a few weasel words about the GH6, but no announcement and a bunch more that basically come out as 'L is our future, we'll support m43 for video as long as it sells, forget m43 stills from Panasonic'. Not really surprising that pretty much every stills-focused Lumix Ambassador seems to have dropped either their Ambassadorship or their use of the Lumix system as a whole.

There were also some lens announcements. Tokina announced that they will now sell rebadged Viltrox lenses in E mount too, and their pricing is saner (only slightly more than Viltrox this time) and Samyang dropped their AF 12/2 in Fuji X mount.

Nikon's big day is tomorrow. Expected is the Z9, a new FTZII adapter addressing at least some of the complaints about the current one, plus 2 lenses and a development announcement for a third. The lenses expected are an f4 standard zoom (probably the 24-105 S on the roadmap), the 100-400 S and the announcement is expected to be the 400/2.8 S. This is a critical announcement for Nikon, their previous Z releases have all been very competent cameras, but have been overshadowed by their competition, even if they actually compare much better in the field than they do on paper. The Z9 is Nikon's first real attempt at making a body that truly is a world-beater and it needs to deliver. Nikon also needs to continue to build out the lens line, particularly at the long end where they remain weakest.

As for me, how does this affect things? I honestly don't know right now. I frankly like the Nikon body options better than what I can get for the same budget from Sony, but I like the Sony lens options better in general (the 24-70/4 being the big exception right now). I can't help but think that the Techart TZE-01 might be the real solution here, letting me use E mount lenses (Samyang excepted) on Z. Get one, a Z body and just use a mix of E and Z lenses until Z catches up.