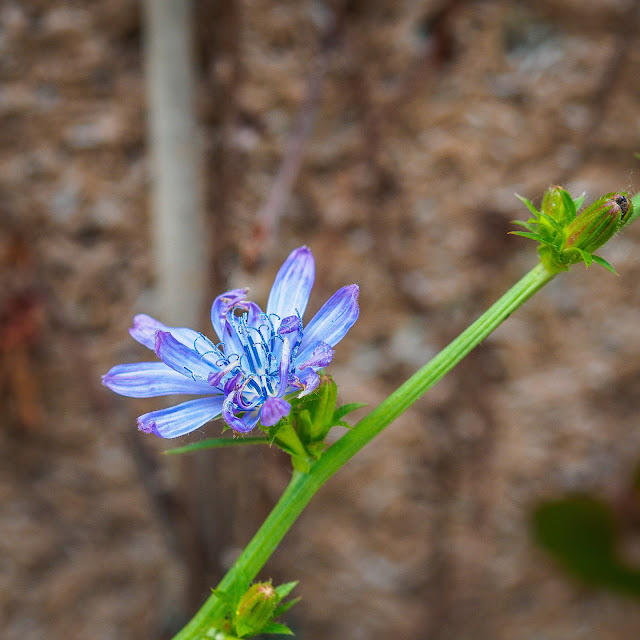 Olympus E-M5 Mark II, m.Zuiko 45mm f1.8
For some reason I've never owned this lens before, despite having been in and out of the m43 system on and off for over 12 years. It's long been known as a cheap and excellent portrait lens for m43 users.
I had to run a minor errand this morning and decided to walk with the 3 f1.8's. This was mostly to really try out the 17 and 45, I had the 75 along just in case but shot mostly with the 17 on my way out and entirely with the 45 on my way back.
The 17 is just like I remembered it, a good but not exceptional lens in terms of sharpness and pop, but nice out of focus rendering, good colour and excellent handling. It'll do for a nice walkaround lens, but I'll definitely want a 25 or the 15/1.7 long-term for a serious shooting lens. It really reminds me of the 35/2 AI in a lot of ways, except with more pleasant rendering.
The 45 is nowhere near as nicely built as the 17. It's mostly plastic, lacks the MF clutch and uses the awkwardly small 37mm filter size, instead of the more common 46mm of the 17 & 25. Oh, and the MFD is a disappointing 0.5m, on the poor side for the focal length as 0.45m is more common for 45-55mm lenses. It is truly tiny, but you pay for that in a couple ways. Now 0.5m MFD is actually good by 85-90mm standards, so in terms of usage it's less bad than it initially sounds, but if the lens was a little bigger and had 46mm filters and say a 0.35m MFD it would be amazing.
On the flip side? It's sharp. I mean really sharp. I was blown away by the level of detail in the flower shot above. And that's at minimum focus distance, where most lenses of this type are at their weakest. The colour is good as well, and the backgrounds render very nicely.

I'm very much digging this little gem. I will however get a 37mm to 46mm step-up ring so I can have consistent filters across my small primes. But I see this lens getting a lot of use around town.

The best part? It's so small that it can just be tossed in a pocket along with a battery when I'm out shooting with the 17mm. I could totally see eventually getting one of the Laowa UWA's (7.5mm or 10mm) for an ultra-compact and tiny 3 lens kit that fits in a small belt pouch or large pocket when paired with an E-M5 series body.