A Few Thoughts on the A7RIV 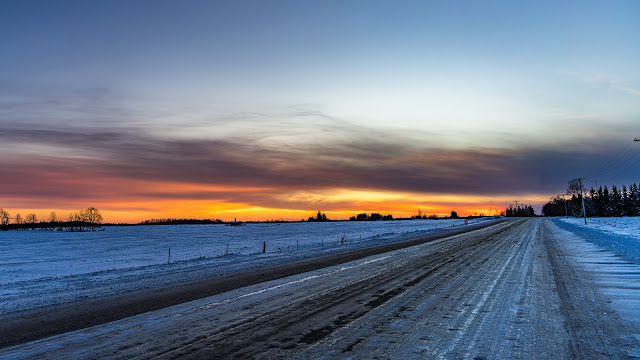 After two weeks with the A7RIV, there's a lot I like about it, and a few things I don't like.

1. Dust. The bloody sensor is an absolute dust magnet and I'm doing a lot of spotting in post. This is a huge change from the Oly stuff which was almost immune to sensor dust, and the Nikon and Panasonic stuff did pretty well too. Endemic Sony issue they need to fix.

2. Poor handling of manual lens data. The workflow is pretty much a. Set Steadyshot focal length. b. Set minimum shutter for Auto ISO (if you use it). c. Wonder which lens you used when doing post. The gold standard here is the newest Oly bodies which not only let you set a menu of manual lenses which you can select from and which both IBIS and Auto ISO respect, but a custom text name for the lens as well, useful when you have multiple lenses at one focal length, such as my 2 135mm options. This has been a complaint since the A7II and Sony really should address it. Nikon should as well, as while they do a lot better than Sony, in fact they do everything right except the fact that if you aren't using an electronic adapter, Nikon Z bodies don't write EXIF data from non-CPU lens data.

3. LCD Articulation. My usual complaint for any body with no articulation or only single-axis articulation. A7RIV is single-axis and should be 2 axis like the X-T2 or Z9.
4. Invalid Operation Button - really annoying pop-up messages when you accidentally hit a function that's disabled in the current setup (AF when using an MF lens is the most common for me).

1. Battery life. I shot 512 shots last weekend over about 14 hours. Came back with 76% battery. That's DSLR-level life. Impressed. Plus I can charge on the go easily thanks to USB-C and USB Micro B ports that are charge capable (yes, the current Sony bodies have both a Type C and a Micro-B port, the latter is also the remote release port). I'll buy an extra battery, but I don't see it being critical in the field unless I'm doing long-exposure work.

2. IQ. Yeah, it's immense. More per-pixel noise than some other high-MP bodies, but with so many pixels it's not an issue. DR is great, the colours are nice and wow, 3shot/1 stop brackets to mild HDR delivers so much IQ it's crazy. I prefer shooting bracket sets when shooting winter scenes due to the huge DR of these scenes.

3. Handling. I actually really like the ergonomics of this body. Not perfect, the body would benefit from an extra 5-10mm between the mount and grip, but very good and I'm not missing the G9 or Z5 when I hold the A7RIV. Button layout is excellent, I can always find anything. Biggest complaint is that like the G9, I can't re-assign the Record button.

4. EVF. Marginally better than the Z5 in practice. I still think Nikon has the best EVF display profiles, but the better display on the A7RIV offsets the better profile on the Z5.

5. AF. I've never worked with AF so good. The tracking is so excellent that I just use AF-C in Flexible spot mode, lock on and recompose and let the camera sort out focusing. Works brilliantly. I'm actually surprised about how quickly this became part of my workflow. I treated the Z5 like a DSLR for AF, it worked, worked well but I mostly stuck with AF-C and ignored the tracking modes aside from using face detect a few times. I didn't even bother with tracking or AF-C on the m43 bodies. Sony has been a breath of fresh air, although I suspect an Z6II or Z7II would be pretty similar for tracking today.
Things I'm ambivalent on:
1. Card usage. No lossless compressed and 61MP 14 bit files means the A7RIV absolutely chews through card space. I shot an entire 64GB card last weekend for 512 shots. I'll need to acquire more cards, my current set was doing fine with the low-MP bodies I've been shooting since I sold the D800 a couple years ago.
2. Write speed. Those big files take time to write to my UHS-I cards. Time to move from cheap UHS-I to more expensive UHS-II cards. A couple 128GB cards will do for my uses though and I only need 1 in the short term. That's good because these aren't cheap. I'll pass my now obsolete 32GB cards to my partner for her A7II. Note that a lot of camera functions lock out when the buffer is writing, so fast cards benefit all users, not just those who hammer the buffer.
So far I'm really liking the A7RIV if you can't tell. It's well suited to the way I work, and the few issues I've encountered I can work around pretty well.