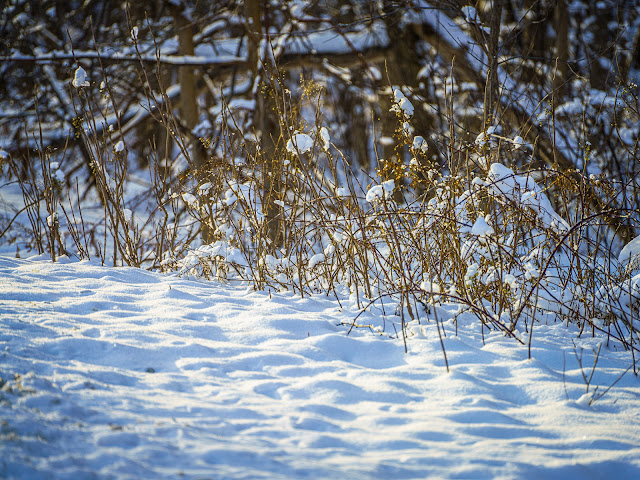 Got out for a long drive Saturday for the first time since mid-fall and did some shooting with the A7RIV as I went. I mostly was wandering around back roads south-west of Barrie and I did see some delightful sights as I went. Came back with a bit of landscape and even one good wildlife shot, of a wild turkey alongside the road.

All shooting was with the Tamron 70-300 or the 28-60. I left the focus in AF-C Tracking: Expand Flexible Spot which I'm really liking as a default mode. I can pick a focus point, hold down AF-ON then recompose as I need and it just sticks. Only fail to stick I had was shooting the wild turkey heads, they just had nothing for the AF system to grab onto due to lighting (AF needs contrast to lock on).
Shooting was as usual mostly in A, with some landscape in M where I wanted more control over the chosen shutter/aperture. I also did bracketing sets, which I had to figure out on the fly (forgot how Sony selects between bracketing configs). I will note that I do have a huge preference for continuous bracketing (where the set is shot as a burst). Sony is the one system that lets me flip between single-shot and continuous for bracketing without menu diving, not that I'd ever actually do that.
Overall, I'm quickly getting comfortable with the camera. I've set no records in terms of usage (274 shots in the first week), but that's more a case of lack of opportunity than anything else, I've only had a couple hours of serious photography time and it's been rather dreary for walking in the city.
I do need a new UWA (shouldn't have sold the 16-35 last fall) and some new cards (61MP = Card Hog, my 64GB card can hold just over 500 images)