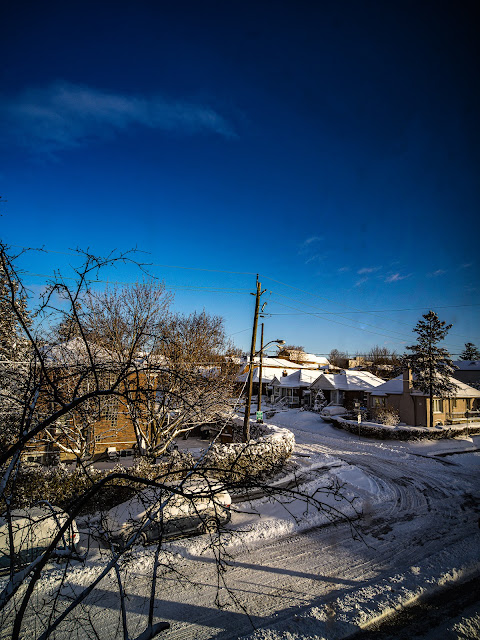 A7RIV, SLR Magic 18mm f2.8 Cine
Picked up a couple cheap but good manual lenses this week.
First one is the one used above, the SLR Magic 18mm f2.8 Cine. It's a compact and medium speed UWA with a low price and reasonable performance. And it takes 62mm filters, so it can use the filters I'd bought for my now-departed 12-40 Pro.
It won't win any awards, but it's also not going to generate much in the way of complaints. A thoroughly competent lens as far as I've seen so far. As such, it will be the core UWA for hiking for now.
Handling is the one thing I'll have to get used to, as a cine lens it has a declicked aperture and geared focus and aperture rings, instead of a rubber focus ring and ribbed aperture ring. That does give a more positive grip when gloved, but it's a tad rough on the fingers otherwise. I'm good with the physical handling, but I've never been a fan of declicked aperture rings even though I understand the benefits for video.
The other lens I picked up is something of a re-acqiusition. I've owned at least 3 variants of the Tamron 90mm macro before, in Adaptall-2, Nikon AF and Pentax AF forms. I bought a Nikon AF one, but the older version rather than the late screwdriver version I had last time. This will be a macro/compact telephoto for me. I know it works well for me on both FF and APS-C and expect I'll use it a lot in the coming months.
That gives me both a good hiking kit of the 18, 28-60 and 70-300 and a compact 3 prime kit of the 18, 45 and 90. With the latter I can use APS-C mode to make it an 18/28, 45/68 and 90/135 setup.
Oh, and SonyAlphaRumors just noted an interesting rumour for a refreshed A7C, with the A7RIII's 42MP sensor instead of the 24MP it currently has or the 33MP in the A7IV. That makes a lot of sense to me, the 42MP sensor is excellent and a lot of folks like it, but the only body options are both aging. Going with this sensor in the A7C refresh would both give the A7C more differentiation from the regular A7 line and give a modern option for those who like the mid-40MP sensors. It would become even better at being the hiker's landscape camera, especially if the A7RV grows in size & weight again, which I expect. This would be the perfect pairing with Sony's compact G primes, especially if they extend the line (I'd like to see an 85/2.8 or 135/2.8 and a 16-18mm option from Sony).
Posted by Adam Maas at 10:00